Imran Khan at the Helm: Pray for Pakistan

I do not know much about Imran Khan except what I read in Daily Times and Dawn online. In most of my op-eds, published in Daily Times, about his economic policies and corruption in Pakistan, I have referred to Khan as too naive to ask tough questions when his sycophants suggest policies to benefit themselves. Besides the bad economic policies he has decided to follow, which will put Pakistan into bankruptcy sooner than later, now he has decided to defang National Accountability Bureau (NAB) through an ordinance.

The suggested policy on corruption would further limit the power of NAB. One of the new ordinances requires that “NAB can only take up cases involving corruption or corrupt practices exceeding an amount of Rs 500 million.” For those who do not realise, this is 50 crore rupees (three million dollars). I wonder who came up with such a high limit when an average Pakistani makes less than Rs 30,000 per year. This policy shows the simplicity of Khan for not realising that those sycophants surrounding him must have either stolen or are planning to steal this amount and want protection from prosecution while holding or after leaving their government jobs.

Interestingly, the justification given for one of the new ordinances is that “Due to NAB`s actions, bureaucrats, businessmen, and industrialists had suffered a lot, with the result that officials became reluctant to sign files and businessmen were unwilling to make any investment or take new initiatives.” Can someone explain how bureaucrats suffer from doing their job within the law? This shows the naïvety of Khan again not to raise this question when approving this ordinance. Further, why would business people and industrialists need protection if they are doing business honestly? Did Khan ask this question? Of course not. 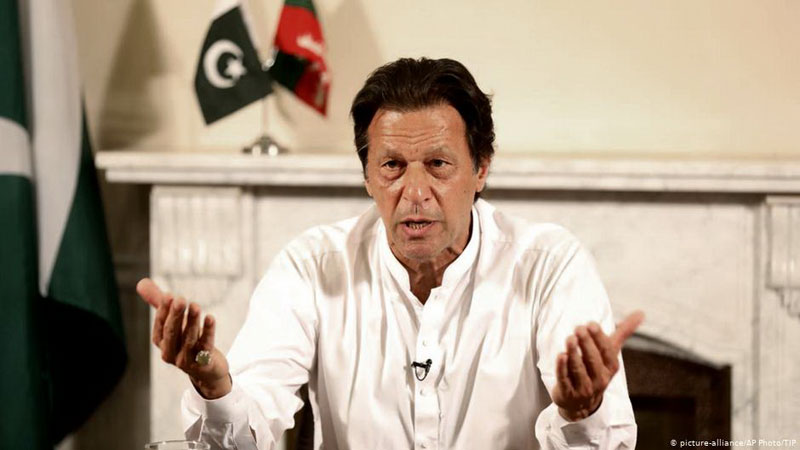 Khan said that the new ordinance would “insulate the business community” from the scrutiny of anti-graft watchdogs. He further noted, “NAB had become a major hurdle in the way of the business community.” Does he not know that businesspeople are the ones who create a culture of corruption by bribing officials for bending the laws to favour one over the other? For Khan’s information, there is no law anywhere in the world that protects businesses and bureaucrats from corruption. I guess Pakistan is always unique in bad behaviour, and this new ordinance is not any different.

The ordinance also prevents the NAB chairperson from appointing the prosecutor general and prevents NAB from making a public statement at the stages of inquiry and investigation. Both of these actions will make it harder for NAB to pursue corrupt people. Publicity is the best way to stop corruption. I guess Khan is too naive to understand this.

Under the new ordinance, NAB cannot hold an accused in custody for longer than 14 days, and the burden of proof, which previously rested on a suspect, is now upon the prosecution. The goal of these changes is to make it harder for NAB to get information and prosecute the culprits. One wonders who would suggest these changes except the corrupt sycophants surrounding Khan. He is unable to see the selfish motives of those recommending these changes.

Thanks to Khan, there will be many more rich politicians and bureaucrats in Pakistan during and after his reign, while the country is going into more debt to pay for it

Unfortunately, it seems that no one has told Khan that Pakistan has laws called the Prevention of Corruption Act and the National Accountability Ordinance (NAO) that serve as the principal corruption control laws in Pakistan. The NAO requires that assets beyond a person’s means are considered illegitimate, and a person must prove that those assets were obtained legitimately. That means that it is the responsibility of the culprit to prove where and how he/she got his/her wealth. I guess the sycophants surrounding Khan think that no one knows about this law, and they can change it with the help of an ordinance. It also means that those sycophants can now steal up to 50 crore rupees and do not have to justify how they got it. Thanks to Khan, there will be many more rich politicians and bureaucrats in Pakistan during and after his reign, while the country is going into more debt to pay for it.

Khan was running for election on the slogan of a ‘New Pakistan’. Pakistanis should not be surprised by Khan approving these amendments. Being naive, Khan is surrounded by the same politicians who were members of the corrupt PPP or PML-N previously, and then switched to PTI. With these amendments, it is easier and legal now to steal.

Khan has a history of making bad, illegal decisions. He extended the service term of the COAS. But when sued, the Supreme Court told him that he had no legal authority to do so and was given six months to pass a new law through the legislature. He did pass a law that would allow him to extend the armed forces officials’ tenure.

I understand that a case will be filed to prevent the corruption ordinances from going into effect, so Khan is now planning to legalise these ordinances through legislature, but there is no support for that.

As I had stated in my Op-Eds “Causes of Corruption” and “Costs of Corruption,” both published in Daily Times in December 2019, corruption will never end in Pakistan, and now with the new ordinances, it will flourish. The new ordinances further confirm that there are always corrupt people at the top of the government who will always want to get rich at the expense of the country. Pakistanis elect corrupt and naive people to run the country who are bent on making themselves rich and to hell with the country. Sadly, there is no hope for Pakistan. I am right again in predicting the economic disaster facing the continually corrupt Pakistan.

To prove that I had predicted the economic disaster (see my Op-Ed, July 2019); Yahoo (January 20, 2020) reports, “Pakistan to import 300,000 tonnes of wheat to meet flour crises.” Yahoo further reports, “Prices of flour and bread shot up last week as the ingredient disappeared from shops and wholesale markets, while bread makers shut in protest at what they called government pressure to sell the staple at controlled prices.” This outcome, as I had predicted months ago, should have been obvious to a normal college graduate that price control suggested by IMF and implemented by Khan will cause economic problems. He should wake up and realise that his economic and corruption policies will destroy Pakistan.

I will be further discussing the disastrous economic consequences of the shortsighted policies of IMF and Khan in my upcoming op-ed on IMF. Pakistan is heading toward a meltdown and Imran Khan is the reason. Pray for Pakistan.

The writer is a Professor Emeritus (USA)