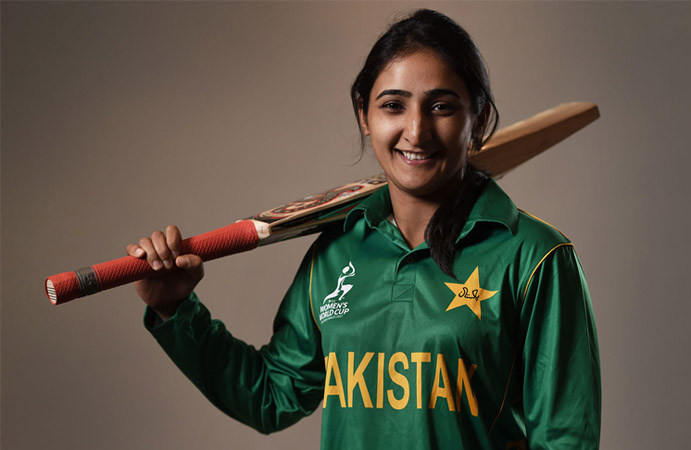 The upcoming ICC Women’s T20 World Cup in Australia will see Bismah Maroof lead Pakistan for the first time in a global event and the 28-year-old is excited to shoulder the responsibility. Bismah has led Pakistan in 36 T20Is. She is the only batter from Pakistan to have more than 2,000 runs, while she also has the most number of half-centuries (11) in the shorter version of the game. The presence of experienced batters in Javeria Khan and Nida Dar – the second and third highest all-time run-getters for Pakistan behind their skipper – further strengthens the batting department. The presence of talented batters like Omaima Sohail and Iram Javed along with the recall of Muneeba Ali and inclusion of uncapped Ayesha Naseem adds to the strength of the squad.

Muneeba, who last played for Pakistan in November 2018, was called up at the back of a prolific National Triangular T20 Women’s Cricket Championship, in which she scored 292 runs at a fine average of 58.40 and struck a century and three half-centuries in five innings. Anam Amin, the new-ball specialist, is expected to spearhead the bowling attack as she has been the most successful bowler since 1 January 2019 with 13 wickets at an average of 16.07 and an economy of 6.53 in eight matches. Youngsters like leg-spinner Syeda Aroob Shah and left-arm orthodox Sadia Iqbal bring in the excitement, while Nida Dar, Aliya Riaz and Diana Baig provide the desired experience in the bowling department.

Speaking to PCB digital about leading Pakistan in the ICC Women’s T20 World Cup and the team’s combinations, Bismah said: “It is the first time I will be captaining Pakistan in a World Cup which is nothing less than an honour for me. Of course, it is a big responsibility to lead your country in such an event but, so far, I have been enjoying my role as a captain. At the same time, I am quite excited to lead this squad which has a good mix of senior and junior players. In Javeria Khan and Nida Dar we have the experienced players who share a good number of World Cup appearances between them. Javeria has been performing really well and Nida’s experience of WBBL will prove to be beneficial for us. In Omaima Sohail, we have a young middle-order batter who is growing with every match. In Iram Javed and Aliya Riaz we have big-hitting batters. Muneeba Ali has been an outstanding performer. Overall, we have a group of batters who have done well and they can take responsibility of taking the team forward. Diana Baig has been bowling really well with the new ball and Aimen Anwar is making a comeback after a year. Aimen had bowled well in the West Indies series last year which gave me an impression at that time that we have a reliable T20 bowler coming up. I am excited with the prospect of using her, especially after how she has shown good rhythm in the recent T20 tournament. “

Pakistan will kick off their ICC Women’s T20 World Cup 2020 campaign on 26 February against the West Indies Women. They take on England Women on 28 February after which they play South Africa Women and Thailand Women on March 1 and 3.