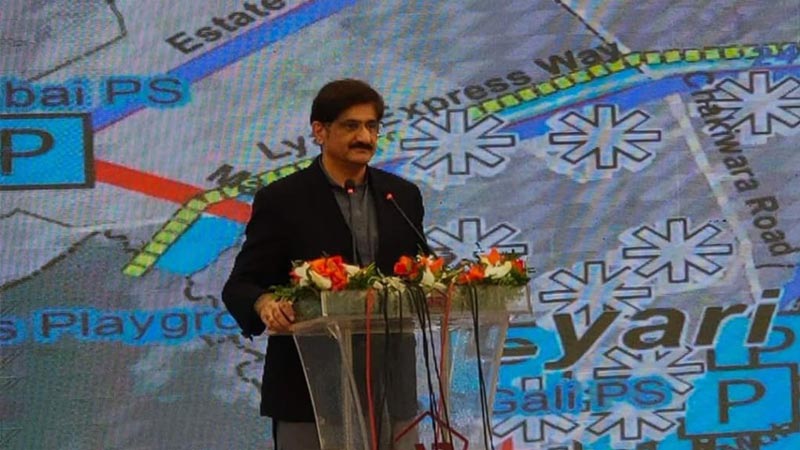 Sindh Chief Minister Syed Murad Ali Shah presiding over a meeting of Public Private Partnership (PPP) Policy Board decided to award contract to a ‘consortium’ for construction of Malir Expressway for around Rs 39 billion.

The meeting was apprised that Malir Expressway project was initiated by Local government department under PPP mode. The Technical & Financial Evaluation Committee (TFEC) was constituted to conduct the procurement process for the project. The TFEC approved bidding documents under single stage procurement process. Advertisements were published in local and international newspapers on July 31, 2019. Three companies filed their bids and a ‘consortium of four companies’ was declared as successful bidders because of their lowest bid.

Malir Expressway will be a 38.75 km three into three-lane expressway along the Malir River starting from Korangi Creek Avenue (DHA) and ending at Karachi-Hyderabad Motorway (M-9) near Kathore via existing link road. The expressway would provide speedy access, reducing the commuting time to only 25 minutes. It would have six interchanges.

The PPP Board accorded approval for issuance of `Letter of Award’ to the winning bidder. The board also issued directives for clearing of Right of Way of Malir Expressway and directed provincial law officer to follow up the Malir River Bed material lifting petition in the court on priority basis.

The PPP Policy board decided that operation & maintenance of two roads, Tando Mohammad Khan to Badin Road and Khyber to Sanghar Road be constructed on PPP mode. It decided to install Toll Tax system at these roads and preparation of their feasibility so that they could be launched on PPP mode.

The PPP Policy board taking another important decision allowed National Institute of Child Health (NICH) to out-source its safety and security and allowed it to issue a Letter of Award and sign concession agreement with private party.

The board also observed that the province of Sindh has beautiful tourist and recreational spots such as Gorakh Hill Station, Keenjahr Lake and Haliji Lake. The policy board directed PPP unit to prepare a feasibility for making them tourist spots of international repute so that their design, build, finance, operation & maintenance could be made through private party.

The chief minister said that he would identify such more spots, including some parks so that they could be developed as beautiful recreational spots.