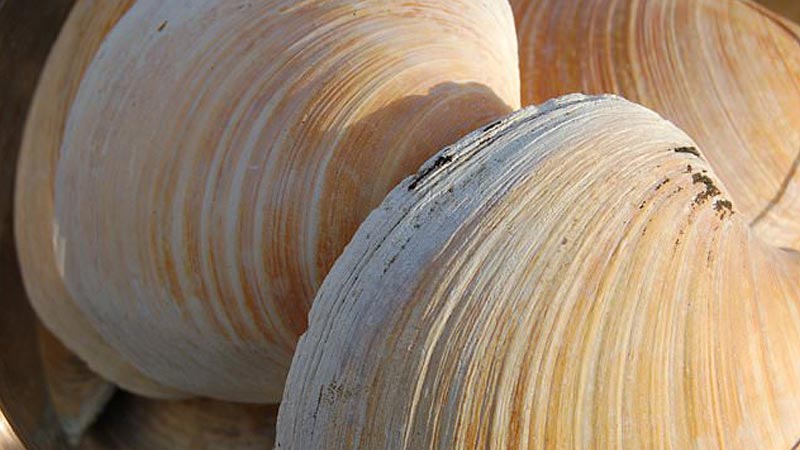 Scientists used the shells of quahog clams, which can live for hundreds of years, and climate models to discover how Arctic sea ice has changed over the last 1,000 years.

They found sea ice coverage shifts over timescales of decades to centuries, so shrinking ice cannot be expected to return rapidly if climate change is slowed or reversed.

The study examined whether past ice changes north of Iceland were “forced” – caused by events such as volcanic eruptions and variations in the sun’s output – or “unforced”, which are part of a natural pattern. At least a third of past variation was found to be “forced” – showing the climate system is “very sensitive” to such driving factors, according to lead author Dr Paul Halloran, of the University of Exeter.

“There is increasing evidence that many aspects of our changing climate aren’t caused by natural variation, but are instead ‘forced’ by certain events,” he said. “Our study shows the large effect that climate drivers can have on Arctic sea ice, even when those drivers are weak, as is the case with volcanic eruptions or solar changes.

“Today, the climate driver isn’t weak volcanic or solar changes – it’s human activity, and we are now massively forcing the system.” Quahog clams are thought to be the longest-living non-colonial animal on Earth, and their shells produce growth rings which can be examined to measure past environmental changes. Co-author Professor Ian Hall, from Cardiff University, added: “Our results suggest that climate models are able to correctly reproduce the long-term pattern of sea ice change.

“This gives us increased confidence in what climate models are telling us about current and future sea ice loss.” When there is lots of sea ice, some of this drifts southwards and, by releasing fresh water, can slow the North Atlantic Ocean circulation.

This brings warm water from the tropics towards the Arctic, so slowing it down cools this region and allows sea ice to grow further.