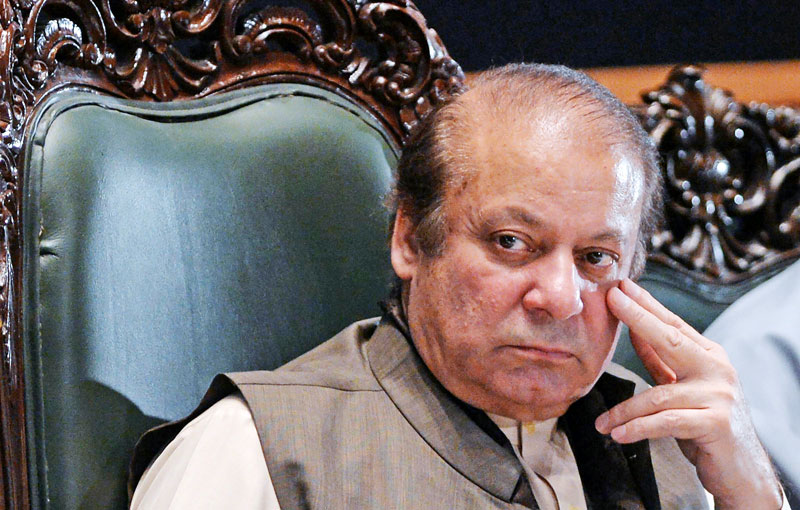 A bench of the high court was hearing a petition moved by the PML-N supreme leader who was granted four-week permission to travel to London for medical treatment without furnishing an indemnity bond.

Over the course of the hearing, the LHC bench recalled the former premier was allowed to go abroad for four weeks on the condition that he will return home after he is out and about.

The court asked the government to go through his medical reports and inform the judges about its standpoint.

A state counsel contended Nawaz Sharif should have moved a fresh plea if he intends to prolong his London stay. At this, the bench remarked the government could file a petition for bringing him back.

The court quoted the ex-premier’s lawyers as saying that he is not yet fit enough to travel back to the country.

The bench directed the government to decide whether it wants to file a petition for return of Nawaz Sharif or not after going through his medical reports.

Last week, the reports prepared by cardiac consultant surgeon, David Lawrence, were submitted to the LHC. “Nawaz Sharif’s condition was not stabilised yet. He requires surgery, which could not be conducted till improvement in his health condition,” reports said.

The reports submitted in the high court consisted of various medical tests conducted on December 19, December 23 and January 13.

These reports also recommend Nawaz Sharif’s stay in UK till his full recovery from the health problems. The PML-N leader is suffering from hypertension, sugar and kidney ailments. The doctors are taking steps to maintain his blood platelets count, according to the report. He should undergo the procedure of angiography forthwith, reports recommend.

Meanwhile, PML-N Vice President Maryam Nawaz on Monday moved yet another plea in the Lahore High Court seeking permission to travel abroad to tend to her ailing father in London.

This is a third request by Maryam seeking the court’s nod to fly to London. She impleaded the federal government, NAB, and others as respondents in her miscellaneous application filed in the main petition regarding removal of her name from the no-fly list.

Citing her father’s latest medical reports that have also been attached to the application, Maryam Nawaz stated that the ex-premier’s health condition was deteriorating with each passing day.

No one knows the medical history of her father better than her, she said, pleading that she be allowed to travel abroad.