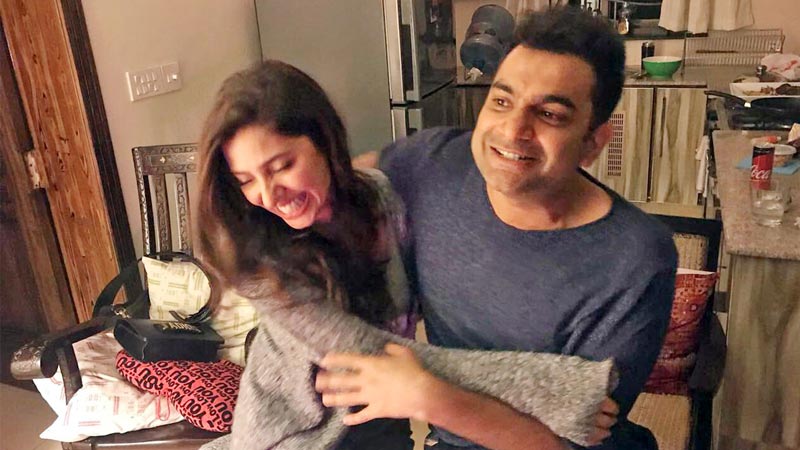 Mahira Khan has expressed solidarity with filmmaker Sarmad Khoosat who had revealed on Sunday that he is receiving threats to stop release of his upcoming film “Zindagi Tamasha”.

In a lengthy note posted on his Twitter, Khoosat had sought advice from fans whether he should withdraw “Zindagi Tamasha”.

Commenting on his tweet, Mahira Khan said, “time and again we are made to realise our power and our influence”

Adding, “A film (that people haven’t seen) can make some this scared,”.

Sarmad Khoosat sent out his latest tweet followed by an open letter to the prime minister that he wrote three days back over hurdles being created in the release of his upcoming film “Zindagi Tamasha”.

Khoosat once again clarified that the film doesn’t contain objectionable content as it has already been cleared by the censor authorities.

Commenting on his Tweet, Mahira Khan said, ‘Time and again we are made to realise our power and our influence’

The “Manto” actor, however, refrained from naming the people who are using coercion in order for him to stop the release of “Zindagi Tamasha”.

Directed and co-produced by Sarmad along with his sister Kanwal Khoosat, “Zindagi Tamasha” is a bilingual movie, which has been shot in Lahore.

Written by Nirmal Bano, a fresh graduate from NCA, it features model turned actress Eman Suleman, Samiya Mumtaz, Arif Hasan and Ali Qureshi in pivotal roles, while Sarmad will have a special appearance in the upcoming film.