“It is not difficult to rule Russia but it is useless,” Tsar Alexander II once said while referring to the large and chaotic geography and demography of the Russian empire. 15 January 2020 will remain a significant day in Russian history for both Russian pragmatists and declinists. The major reason being Russian President Putin’s State of the Nation speech. He has assumed the fourth term of the Russian Presidency, which is going to expire in 2024. Putin’s state of the nation address was different for various reasons. 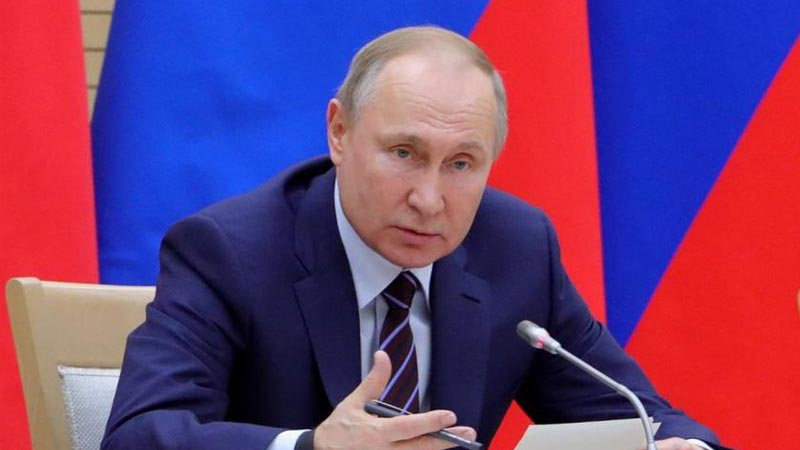 Firstly, it is the last presidential term for President Putin since he entered Kremlin 20 years ago. Secondly, on the face of the declining economy and living standards, President Putin’s fourth term is swindled with protests and power struggles within Russia’s political landscape. Thirdly, to continue his hold on power in Kremlin, he is required to amend the Russian constitution. Fourthly, the growing influence of the Russian role in foreign conflicts such as Syria, Libya and Yemen has brought Russia again to the international spotlight, ever since the fall of the Soviet Union. Lastly, his close political circle is made up of a majority of his friends from St Petersburg, including his longtime Prime Minister Dmitry Medvedev, often referred to “Putin’s favourite guy.”

While addressing both houses of the parliament, Federal Assembly at the Manezh Central Exhibition Hall, President Putin highlighted Russia’s demographic issues, economy and defence. His speech was crucial both for the Russian elites and Russian people because it was under him that the poverty-stricken and conflict-ridden fragile Russian state had emerged as a global power within two decades. Both Russian elites (political or economic) and people owe him for his progressive policies to revive the international stature of the Russian Federation. But, since the 2008 war with Georgia and annexation of Crimea in 2014, the western mainstream media has portrayed the image of President Putin as a villain and his close circle as the “gang of thugs.”

Similarly, the western regimes have never admitted the progress in Russia under Putin’s rule. Instead, they have portrayed him as a threat to democracy and human rights. In this regard, his popularity among the ordinary Russians has always defended his image as “Great Leader,” who saved ailing Russia from collapse. Therefore, his state of nation speech was significant both domestically and internationally, because all eyes were on his decision about his future role in Russian politics. Perhaps, that happened, when the Russian Prime Minister Dmitry Medvedev suddenly announced the resignation of his government by saying that President Putin had “outlined a number of fundamental changes to the constitution, significant changes not only to a number of articles of the constitution but also to the balance of power as a whole…In this context, it’s obvious that we, as the government … should provide the president of our country with the opportunity to make all the decisions necessary for this. And in these conditions, I believe that it would be right, in accordance with Section 117 of the constitution, for the government to resign.”

In the latter context, President Putin is intended to make significant changes in the Russian constitution through a referendum, which is going to be held soon. All changes will be significant for the Russian nation because it will be the second referendum of its kind since 1992, which will pave the way for a new political culture in Russia for decades to come. About the constitutional amendment, President Putin said, “Today in our society there is a clear demand for change We need a referendum on the entire package of amendments to the Constitution Russia should remain a strong presidential Republic And I don’t consider [the two consecutive term limit] a matter of principle, but I agree with it.”

If we deconstruct these clichés, it becomes clear that President Putin, since assuming his fourth term of the Russian Presidency, has made the domestic issues his major priority. He wants to make significant reforms in the political and legal domain to embolden the progress, which Russia has made under his 20-years-long rule. Under his glorious reign, fragile post-Soviet Russia achieved the following progress:

First, when the Soviet Union collapsed, fifteen independent Republics had emerged out of the Union, including ailing Russia, which was indulged with a socio-political crisis. The corruption and poverty were rife and spread all across Russia like an epidemic as a result of the Soviet collapse. Likewise, under the reign of Boris Yeltsin, corruption sky-rocked, when the first generation of Oligarchs emerged as a result of economic plunder. When Vladimir Putin assumed the Russian presidency in the year 2000, he faced major domestic challenges, which ranged from controlling corrupt oligarchs, ethic separatism in Dagestan and Chechnya to the ailing economy, which was the result of financial collapse in 1998, to weak Russian defence. With a complete hold on power, along with his close hard-working team, he pledged to revive the lost stature of Russia, which he achieved within eight years. The eight years of progress included the following:

Russian economy revived under his four-years rule thanks to the high oil prices, which rose unavoidably to a peak of about $150 after 2000.

He initiated new development schemes and infrastructure projects to modernise the Russian economy.

He brought an end to the conflict in Chechnya, which is now one of the developed republics in Russia.

He improved the performance of the Russian army by increasing the defence budget and modernising the Russian defence industry via the New Start Treaty in 2010 with the US.

He revived the role of the Russian Federation on the global scale by engaging the Russian role in peace-making in various conflicts across the globe, especially in the Middle East.

By overhauling the latter achievements, hence, it becomes vivid that when it comes to Russia and its sovereignty, President Putin has always been serious. Thus, his recent proposal about amending the constitution is crucial for the domestic political stability and economic future of Russia. In this regard, the ordinary Russians, who saw the catastrophic collapse of the Soviet Union, should support his proposal to modernise the Russian political architecture.