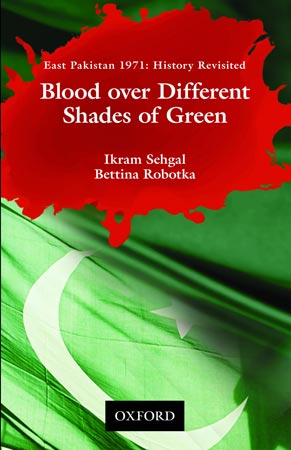 BLOOD OVER DIFFERENT SHADES OF GREEN BY IKRAM SEHGAL & BETTINA ROBOTKA — the famous British philosopher of history R.G. Collingwood suggested that a historian must ‘reconstruct’ history by using ‘historical imagination’ to ‘re-enact’ the thought processes of historical persons based on information and evidence from historical sources. That is what the authors of this book have tried to do. The events of 1971 that resulted in the breakup of Pakistan are a milestone in Pakistan’s history. To retrieve what happened and why it happened is an exercise that so far has been avoided or left at best incomplete. The book based on published and unpublished memories of activists of 1971 attempts to give a critical assessment of the events and spell out lessons that have to be learnt. 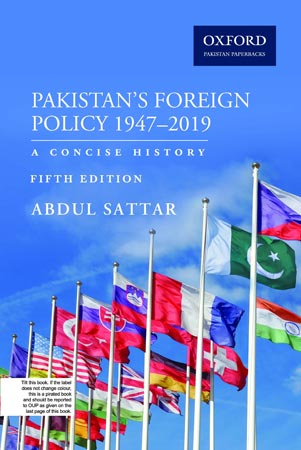 PAKISTAN’S FOREIGN POLICY 1947-2019: A CONCISE HISTORY FIFTH EDITION BY ABDUL SATTAR — the book is based on the author’s personal observations during his thirty-nine years of diplomatic service as Pakistan’s Ambassador and Special Envoy to various countries around the world. It is a penetrating analysis of Pakistan’s foreign policy from the time of Independence in 1947 through to the new millennium. The book calls for new thinking on various aspects of Pakistan’s foreign policy, with particular emphasis on Pakistan-India relations vis-a-vis Kashmir, and suggests various policy options and their possible consequences for Pakistan. This new edition contains a chapter on the post- 9/11 developments in Pakistan’s foreign policy. 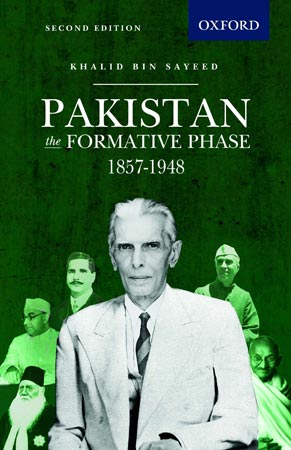 PAKISTAN: THE FORMATIVE PHASE, 1857-1948 SECOND EDITION BY KHALID BIN SAYEED — this admirably written book analyses, in a scholarly and impartial way, a mass of material relating to the creation of Pakistan. Taking 1857 as the starting point, Khalid bin Sayeed relates the diverse factors which periodically heightened or lowered tension between the Hindus and Muslims of the subcontinent. Even fifty years after it was first published, Khalid bin Sayeed’s scholarly study of the formative phase of Pakistan remains the definitive work for the period.

PAKISTAN: THE GARRISON STATE BY ISHTIAQ AHMED — in 1947, the Pakistan military was poorly trained and poorly armed. Over the years, the Pakistan Army grew in power and influence and progressively became the most powerful institution, with de facto veto powers at its disposal to overrule other actors within society including elected governments. In this study, the author examines the relationship between the internal and external factors in explaining the rise of the military as the most powerful institution in Pakistan, the consequences of such politics for the political and economic development in Pakistan, and the future prospects for Pakistan. 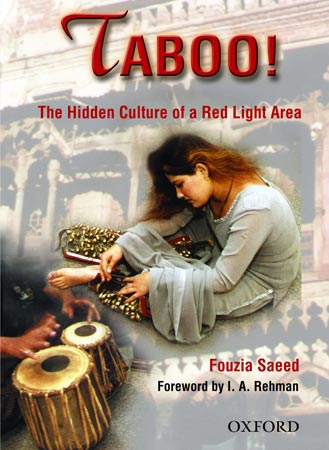 TABOO! THE HIDDEN CULTURE OF A RED LIGHT AREA BY FOUZIA SAEED — the Shahi Mohalla or Royal Locality is the most infamous flesh market of Pakistan that has existed through the centuries. In the process, it has left an indelible impression on not only the social consciousness of Pakistan, but also on many arts like dancing and singing. This is a scholarly, yet sympathetic, analysis of an area no one admits to have visited, and which nevertheless flourishes under the eyes of the guardians of law and public morality. The Islamic injunction against extramarital sex adds to the complexities that prostitution has brought to Pakistani society.