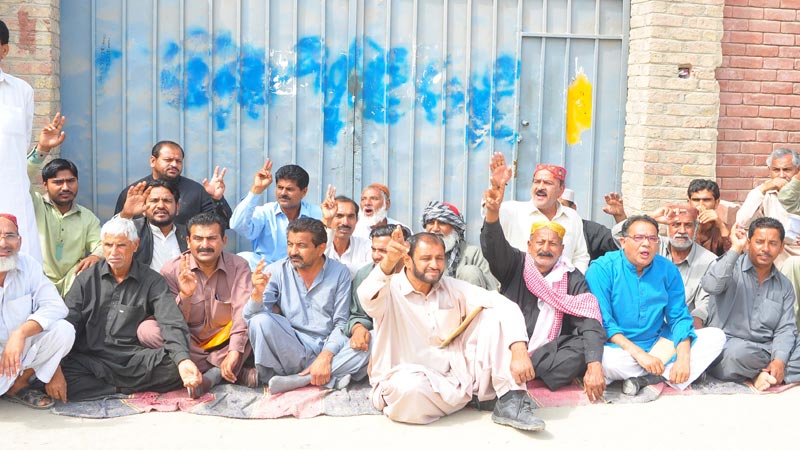 The employees of Shaheed Mohtarma Benazir Bhutto Medical University, Larkana, continued their protest for the 16th consecutive day on Tuesday for acceptance of their demands.

The protesters said that the SMBBMU Larkana vice chancellor was taking undue and unnecessary benefits being a woman, and misinforming higher authorities about the problems faced by the employees of the university instead of resolving them. They said that fake, fabricated and unfounded cases had been registered against the employees and no one was ready to listen to their issues, which was highly condemnable and unjust.

They said that talks were held and notifications issued, but decisions had not yet been implemented. They said that their demands include issuance of medical card, award of son quota, holding of DPC meeting, quarter allotment, ambulance provision, uniform allowance, earned leave benefit of 2019, 15-day salaries, basic grade for new clerks, award of grade 9 to dental technicians, nursing allowance, increment of 2014-15, regularisation of all contractual employees, thorough probe of corruption in the university and so forth.

They warred that if their demands were not accepted, they would be forced to further enhance the scope of their protest, and only the university authorities would be responsible for such a situation.