At least 83 killed as extreme cold sweeps across Pakistan 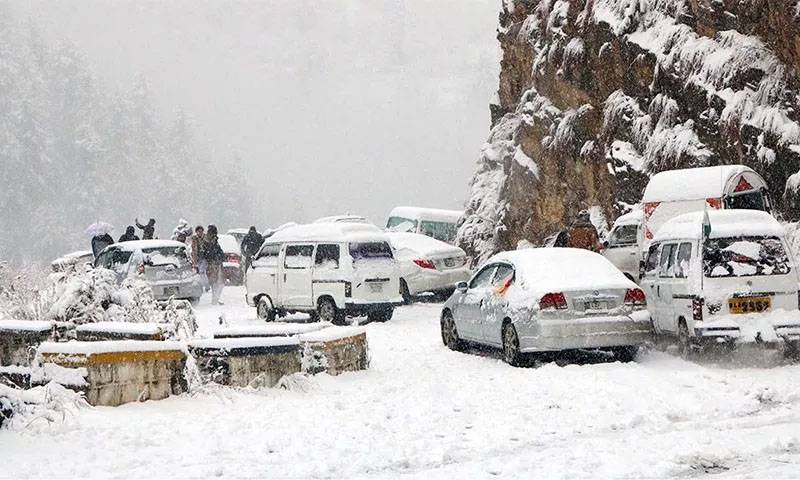 ISLAMABAD: The death toll from snow-related deaths climbed to 83 on Tuesday as severe weather continued across the country bringing life to a standstill, private source reported.

Many people were reported missing and feared dead as rescue efforts got underway, one of the officials said.

25-year-old record  has been broken in Skardu as the cold wave has continued to grip various parts of Pakistan.

According to details, the small canals and ponds in Skardu have been frozen due to severe low temperature while the intermittent snowfall has also blocked the main connecting roads.

On the other hand, fog has been reported in most plain areas of Punjab and upper Sindh while in few districts of Khyber Pakhtunkhwa. Smooth flow of road, rail and air traffic has been disrupted due to reduced visibility caused by fog.

Avalanches, flooding and harsh winter weather has killed more than 110 people across Pakistan and in neighbouring Afghanistan in recent days, officials said on Tuesday, as authorities struggled to reach people stranded by heavy snowfall.

“Rescue operation is under way with the help of Pakistan Army,” Qadri said, adding that due to the severe weather conditions the rescue operations were hampered.

In Khyber Pakhtunkhwa, the Karakoram highway was closed due to landsliding in the Pattan area of Lower Kohistan, while Chitral district was cut-off from the rest of the province due to heavy snowfall, he said.

A cold snap, heavy snowfall and rains that started two weeks ago have caused damage,” he said, adding that most casualties were caused after roofs collapsed under thick snow.