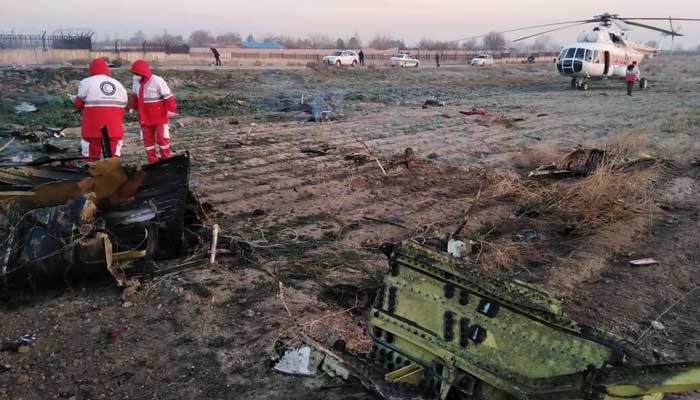 TEHRAN: Iran’s judiciary on Tuesday announced that it has arrested “some people” over the downing of a Ukrainian passenger jet in Tehran last week.

“Extensive investigations have been carried out and some people have been arrested,” judiciary spokesman Gholamhossein Esmaili told a televised news conference. However, he did not specify how many people were arrested.

The arrests are the first to have been announced since the Ukraine International Airlines plane was brought down by a missile shortly after takeoff from Tehran before dawn on Wednesday.

After initially denying Western claims it was shot down, Iran came clean on Saturday and admitted the plane had been brought down by a missile.

“Numerous investigations have been conducted in this area and every night our judicial team has been seeking documents until midnight,” said Esmaili.

“Suggestions have been made so far but we have to weigh all the dimensions to get to the truth,” the judiciary spokesman added.

His statement came shortly after President Hassan Rouhani said everyone responsible for the tragedy must be punished for the incident that has sparked angry protests in Iranian cities.

The air disaster claimed the lives of all 176 passengers and crew on board, most of them Iranians and Canadians.