Foreign Minister Shah Mahmood Qureshi who is currently on regional peace mission, has arrived Muscat, the capital of Oman. 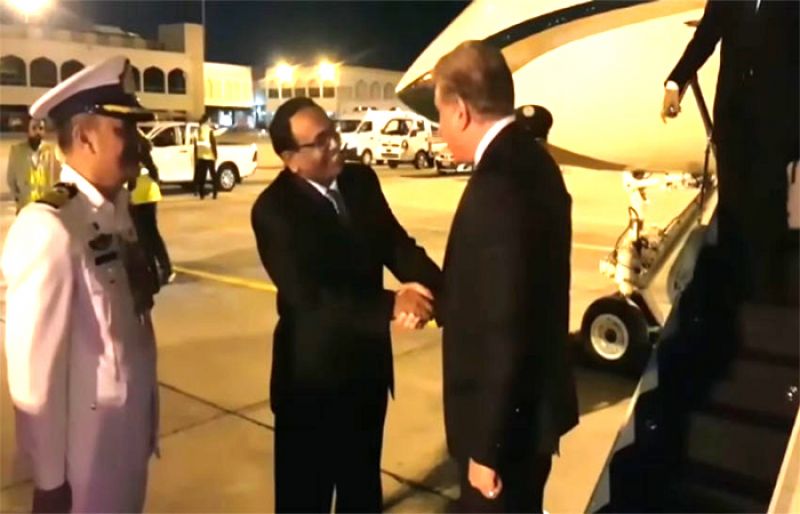 The FM will express condolence with the Royal family over the sad demise of Sultan of Oman Qaboos bin Said.

Earlier, while expressing the condolence over the death of Sultan Qaboos of Oman with the Omani people and government, the foreign minister said that Sultan Qaboos was known as a just and noble-hearted ruler.

Oman’s Sultan Qaboos bin Said Al Said died on Friday after more than four decades as the country’s ruler, though a murky succession process means that the identity of the next sultan may not be known for days.

Notably, the late sultan was born on November 18, 1940, in Salalah, the capital of Oman’s southern province of Dhofar. Qaboos is a direct descendant of the founder of the Al Bu Said dynasty, which created the sultanate in the 1600s after expelling the Portuguese from Muscat, now Oman’s capital.

Sultan Qaboos was educated in India and at the Royal Military Academy at Sandhurst. Throughout Sultan Qaboos’s five-decade rule, he was credited with using Oman’s oil wealth to transform the sparsely populated Gulf nation into a rich country with a vibrant tourism industry and high standards of living.