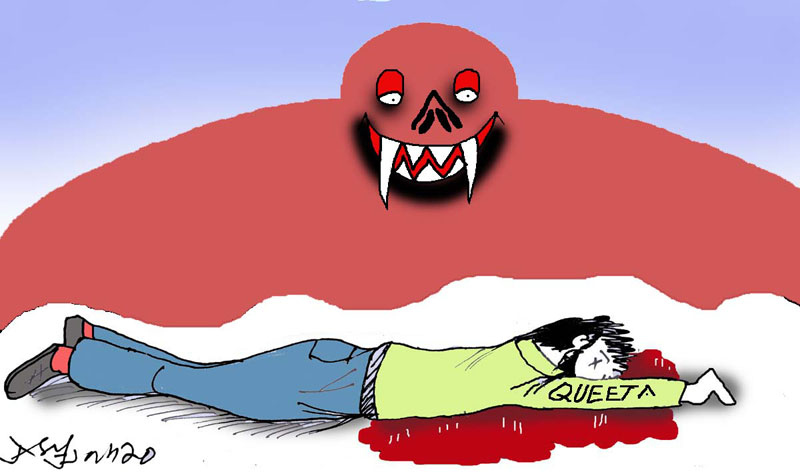 Sir: Our enemies reshaped Quetta with fear of clouds again after the terroristic attack on Friday. The blast took place in a mosque situated in Satellite Town killing 15 people and injuring 18.

According to The New York Time, the ISIS has claimed the responsibility of the brutal attack in which a DSP is targetted. Last month, his son was killed in a bomb blast.

Quetta has become unsafe where high-ranked officials are always targeted. Along with the eminent figures, innocent people are also lost their lives. We, the Pakistanis are peace-loving people and cannot tolerate such heinous acts.

Don’t know till how long innocents will be killed in Quetta.