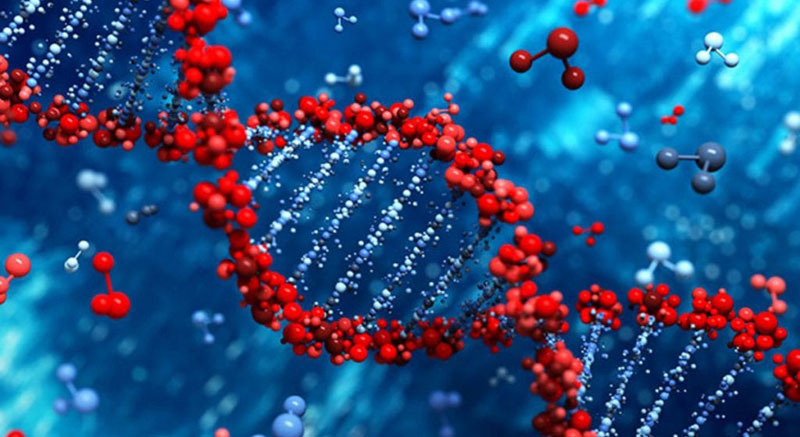 Many people worry about inheriting health problems from their parents, but a new approach to analyzing genetic contributions to disease risk suggests that for most diseases, commercial DNA tests are not the best way to assess the odds.

For the study, researchers analyzed data from almost 600 earlier studies that found associations between common variations in the DNA sequence, known as single-nucleotide polymorphisms (SNPs), and more than 200 medical conditions. Usually, genetics explained no more than 5%-10% of the risk for several common ailments including certain cancers, diabetes and Alzheimer’s.

“Most common, chronic diseases have little to do with genetics or to do with your parents or the genes you inherited from them,” said senior study author David Wishart, a researcher at the University of Alberta in Canada.

“If you are worried about developing a disease, genetic testing won’t tell you much – unless you have a strong family history of a certain disease (multiple parents, siblings, aunts and uncles are afflicted),” Wishart said in an email.

The study found some exceptions, where genetics clearly do play a more powerful role, accounting for up to about half of the risk for diseases like Crohn’s, celiac and macular degeneration, Wishart noted.

“Despite these rare exceptions, it is becoming increasingly clear that the risks for getting most diseases arise from your metabolism, your environment, your lifestyle, or your exposure to various kinds of nutrients, chemicals, bacteria, or viruses,” Wishart said.

For decades, scientists have studied how genes might help predict disease risk, Wishart’s team notes in PLoS ONE. Many of these older studies focused on how diseases developed in identical and non-identical twins, and estimated that genetics might explain up to 80%-90% of the risk for many common conditions.

More recently, however, scientists started looking at this question differently, scanning the entire genomes of thousands or millions of people. Many such studies identify SNPs that appear to be associated with a small amount of increased risk for a particular illness. But they don’t determine whether or how that variant directly influences the disease, and often the effect of any one marker is very small.

For the current study, the researchers developed a computer program to measure the performance of SNPs or combinations of SNPs in predicting risk for diseases. Then they ran the program using data from previous whole-genome studies.

“What we found was quite shocking,” Wishart said. “Based on our results, more than 95% of diseases or disease risks (including Alzheimer’s disease, autism, asthma, juvenile diabetes, psoriasis, etc.) could NOT be predicted accurately from SNPs.”

When they used the SNP data to calculate the risk of developing certain conditions that a parent had, the “heritable” risk was again very small.

“The heritability of most diseases derived from SNPs was typically less than 5% (not 80%-90%),” Wishart said.

In most cases, other kinds of tests – such as blood tests for proteins or other molecules involved in metabolism or in specific diseases – offer a much more reliable picture of disease processes and risk than pricey consumer DNA tests do, the study team concludes.

One important caveat and open question is the role of environmental and lifestyle factors in magnifying genetic risk, Wishart noted. Even when people have a very small genetic risk for a disease, certain lifestyle habits like smoking or inactivity or environmental factors like pollution exposure can exacerbate the risk.