* This German-American poet's life was blighted by poverty, alcohol abuse and problems with the opposite sex 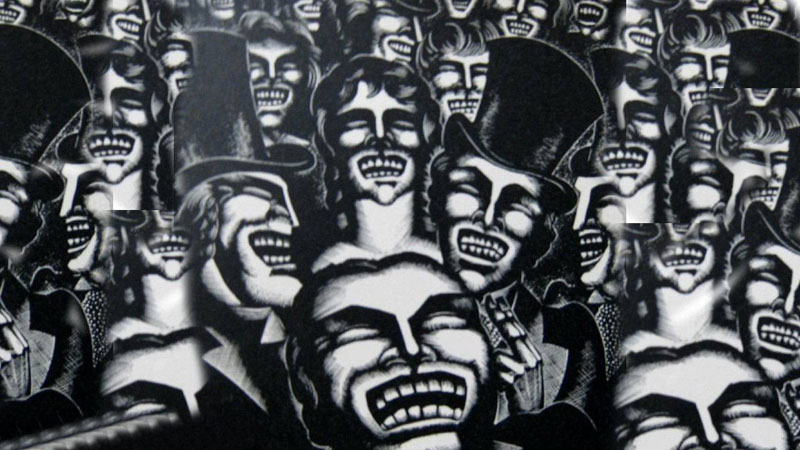 Poet and novelist Charles Bukowski is usually seen as a talentless and drunken vagabond. Contrary to the fact that the latter part of the description is true, he cannot be considered as talentless. In fact, he was miles away from that very word. Regardless of critics accusing his work to be barely even poetry, he is the man who occupies the most shelf space in bookstores of any American poet.

This German-American poet’s life was blighted by poverty, alcohol abuse and problems with the opposite sex. He had his life bordered on insanity and death, the two most common themes in his works. His free verse writing diction and a drunken persona was highly criticized. Majority of the audience find his work disturbing and show lack of respect for it. Some claim that his drunken persona is just an act, a show. In the rush to file away Bukowski as a booze-addled fluke, his ability to lay down a truly beautiful line has often been overlooked.

He wasn’t merely playing the part of the alcoholic writer, he was living it. Despite what his critics might say, he never romanticised or idealised this life, he simply wrote it as he lived it. All Charles Bukowski ever really wanted, as he writes, was to be left alone to drink, to bet on the horses and to write, “What I really wanted was only a soft, hazy space to live in and to be left alone.”

As the founder of Black Sparrow Press, John Martin, who was responsible for launching Bukowski’s career, explained that “he is not a mainstream author and he will never have a mainstream public.”

He wasn’t merely playing the part of the alcoholic writer; he was living it. Despite what his critics might say, he never romanticised or idealised this life, he simply wrote it as he lived it. All Charles Bukowski ever really wanted, as he writes, was to be left alone to drink, to bet on the horses and to write, ‘What I really wanted was only a soft, hazy space to live in and to be left alone’

Bukowski has always written about the grim realities of the society, the raw truths that people squint their eyes away from, the things people don’t want to talk about or least acknowledge. That is why his work always raised something inside his readers, whether be it emotions of disdain, discomfort or awe. His poetry was always covered with ribbons of insanity, truth and darkness.

Bukowski’s “The Genius of the Crowd”, as I percieve, is packed with multiple ironies, warnings, triggers and the hypocrisy of the people. He unveils the “average” man, pointing out that a man, expected to be average amidst the souls he is present in, is more than just a mediocre. Bukowski warns the readers, telling them that such are the people who burn in their own inferno and play it cool. They hide their true selves under the very façade of an “average man” and deceive the world. He apprises his readers about the certain categories of people to be looked out when you’re in a crowd, for their hatred and detestation is profound, it can erode your very own identity away. It is a caution for his readers, a warning. The poem is a mixture of personification, allegory and symbolism written in free verse.

He starts off by painting the real emotions hiding deep within an average man, claiming that the hatred a single soul carries, the violence in his bones is enough to supply any given army. These labelled average men and women have the hatred which is beyond average. The pessimistic view of the world at the very beginning of the poem may emerge from his memories of being raised in the aftermath of World War I, and living through World War, from being depressed since his youth and becoming a chronic alcoholic in order to be able to come to terms with his own life. The entire poem reflects his own experiences with the society. He may have been kept into the darkness by so many people, he might have been unable to uncover the veils of the hypocrites. All his life Bukowski drank and travelled. He earned so little so less that he could barely meet his ends. All such tragic experiences are the reason of the sadness which this very poem and his other work contains. Bukowski even has history of depression and I believe that this was one of the foremost reason of him becoming a better writer. The writers who have themselves gone through pain and turmoil can turn their pain into art and Bukowski was one such writer. Because of living through the times of the great wars and depression this world faced, Bukowski was immensely affected by them. The gruesome realities he had faced, shaped him into what he was at that time. Living a life where one only gets enough money to buy booze and most of the time not even having that, falling in love and getting your heart broken and being raw, sensitive and bare is when you get a Charles Bukowski. Verily, because of what he has faced, he writes about the treachery, hatred and violence an average man is capable of in this poem.

He then denounces the preachers of peace, love and God. Their false pretences keeps on deceiving everyone for they are the ones who are best at murders. Bukowski talks about the hypocrisy of the people in the society. The ones preaches peace are the ones having records of murders and killings, for they are the best at it. The ones who preach love are those who never found love, they are the ones who never knew what love was, so all they are built of is hatred and loath. The ones preaching peace do not have peace, they do not have love, they have never known the essence of love. The ones who preach God have never found God. They are two-faced preachers who spread a message while internally fighting against it and the poet asks his readers to perceive the hidden meaning in the words of a preacher of God, who secretly has not found God, of the preachers of peace who secretly are good at war and murder. It is the peace-loving religions that have killed a lot of people in the name of God since some of those who preach about love are the most guilty of prejudice and hate. He writes that those who preach God, need God, meaning that the ones claiming to be pious and religious are the ones who need the God most. They are empty of divinity and because of their holy façade, they have done the most atrocious acts one could ever imagine of. Bukowski having a tough past, being a traveller and a writer has himself seen the world, he has faced the hypocrisy and therefore warns the readers about such people.

He persists to warn the readers, reiterating his contempt towards the preachers and knowers. He warns the reader to be aware of the people who are always reading books, for knowledge gives a person power, and that very power is often used for negative means. The people who are always reading have an upper hand, for they know thing others do not. He also warns the readers about the people who detest poverty, for they are the ones full of vanity and pride and the ones who love it have nothing to lose. They are not afraid of anything at all. The ones who are quick to praise are the ones who need praise in return, for they have not tasted the fruit of affection and praise. They are quick to admire because they have hopes of being admired in return too and the ones who are quick to censor fear the unknown. The ones who constantly seek crowds and company of people detest solitude, they are nothing when they are alone, whatever they are is because of the people they surround themselves with.

On the contrary, one can also perceive the idea in an opposite manner. Maybe the people who are best at murders are those who preach against it is because they know the art of taking a soul, the know the magic, they have been through the pain, that is why they preach peace. The ones preaching love are best at hate is only because they have the softest hearts and just like their love, their hate is also profound that is why, to avoid such hate, they preach love. People who preach whatsoever is because they themselves lack it. Those preaching peace and God are the ones who are not blessed with God. They might want to find God, maybe by preaching him. The ones who are quick to praise need praise in return because they know how it feels like not to be appreciated enough. These people who are nothing when they are alone, who need praise, affection and crowds to validate their identities turn to be the biggest haters amongst all.

Despite of all this, Bukowski is well aware of the power within the hatred of an average man. A peace preacher might have the secretive intentions of war and the “average man” and “average woman” are made up of hatred that accumulates to such a genius amount that it is enough to ignite the feeling of imperfection and failure in you. This hatred, Bukowski says, is enough to make you believe you aren’t perfect, that you are incapable of love and that your life in itself. This feature will, in turn, become the genius of their art.: unable to create art, they will hate, reject and destroy any artistic work, their hatred will destroy art and love, which seems connected to art. They are the ones who do not understand art, and those who are unable to perceive art tend to destroy it. Whatever they do not understand, they fear, and they tend to destroy it, even if it is solitude, love or art. They will make you believe that you are not art, your love is not enough, you are not whole and with their loath and hatred, they will destroy you, and their hatred will be grand and magnificent.

Bukowski lays down the image of their hatred as something so powerful. It is the only precious thing they have, so they preserve and wear it like a shiny diamond, like a knife that is ready to penetrate the human soul, so colossal as a mountain, as deadly as a tiger and as poisonous as hemlock. Their hatred is the only art they know of and they carry it with pride, for them it is the finest of art.

The writer is a student of Air University. She can be reached at zaroyaamjad@gmail.com