Pakistan’s notable sports personalities who left us in 2019

LAHORE: 2019 turned out to be the year of happy news as well as sad news. Many Pakistan sports personnel won laurels for their country while some passed away. Here are some known sports personalities who left us for their heavenly abode last year. 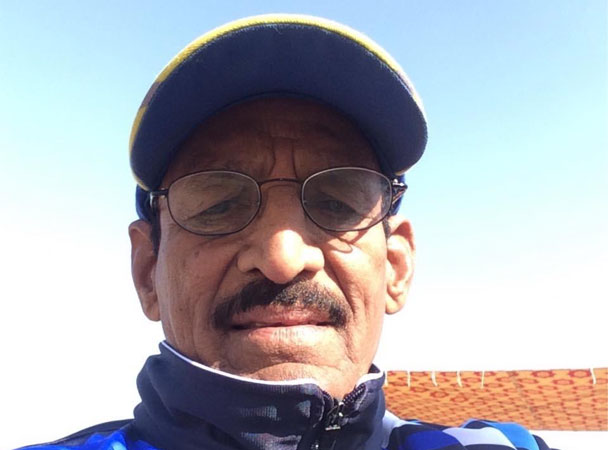 Former national badminton player and sports organiser Farhat Saddiqui: Farhat Hussain Saddique, former national badminton player and father of Test cricketers Imran Farhat and Humayun Farhat, lost his fight against cancer on February 24. Saddiqui was under treatment at Shaukat Khanum Memorial Hospital for many months but headed for his last journey to eternity. Saddiqui was one of leading sports organisers and also served as director sports of the Punjab University and its Law College. He also held the sports officer position at the Government College University Lahore. Saddiqui had initiated women’s cricket and hockey in Lahore a long time ago. He was also the pioneer of baseball in Pakistan and a founding member of the Pakistan Federation Baseball, along with late PFB President Khawar Shah in early 1990s. 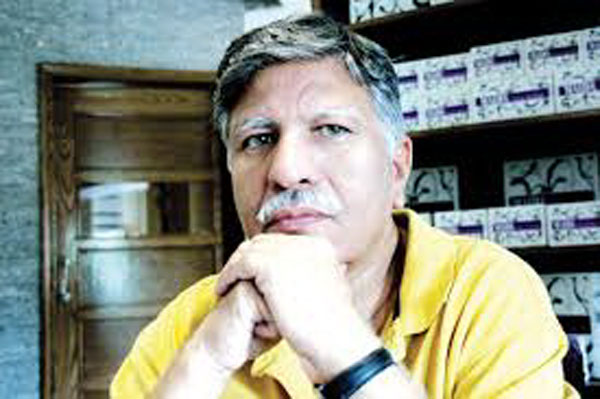 Veteran sports journalist Agha Muhammad Akbar Khan: Pakistan’s veteran sports journalist Agha Muhammad Akbar, who served as Sports Editor of English dailies – The Nation and Pakistan Today – passed away on May 19. He had a liver transplant at Shiekh Zayed Hospital in Lahore. But due to incompetent doctors and post-operation complications, he never recovered fully. He was associated with The Nation before joining Pakistan Today where he worked as Editor Sports and also Magazine Editor. Agha also headed the media department of the Pakistan Cricket Board (PCB) for a while under then PCB chairman Najam Aziz Sethi, who forced him to resign after developing differences with him. This also hurt him a lot. At the height of his career, he was a heavyweight and widely respected because of his exceptional writing skills and understanding of sports, especially cricket and hockey. He travelled far and wide to cover sporting events, including the Olympics and Asian Games, World Cups, and other major competitions involving Pakistan. 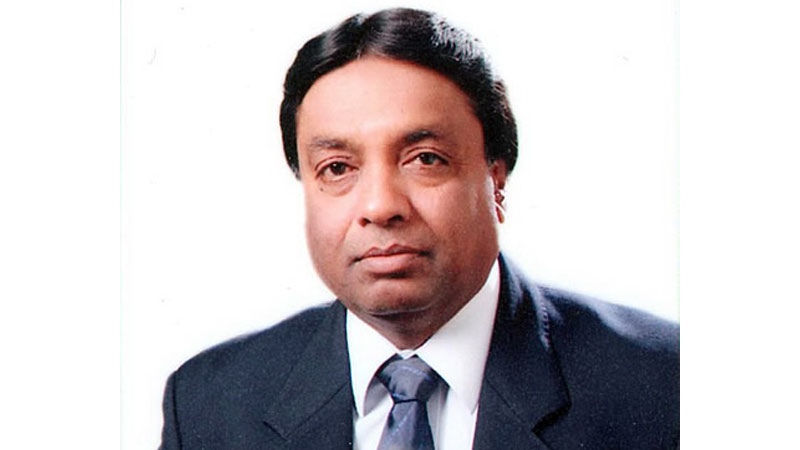 ICC and Pakistan umpire Riazuddin: Cricket umpire Riazuddin, who served on the International Cricket Council (ICC) panel as well as the on the elite panel of the Pakistan Cricket Board, died on June 11 after suffering a cardiac arrest in Karachi. One of the most respected of umpires in the international arena, Riazuddin, who was 60, retired from umpiring at the top level after reaching age of superannuation, stood in 12 Tests and as many One-day Internationals. Making his debut as Test umpire at the age of 31 against West Indies at Karachi in November 1990, Riazuddin was retained for the remaining two matches of the series and officiated alongside his mentor Khizer Hayat in all three Tests. As part of the ICC panel, Riazuddin supervised in four Tests – in which Pakistan were not involved – in Wellington, Durban, Bulawayo and Colombo between March 2000 and December 2001. He also officiated in four ODIs as a neutral umpire in late 1999. 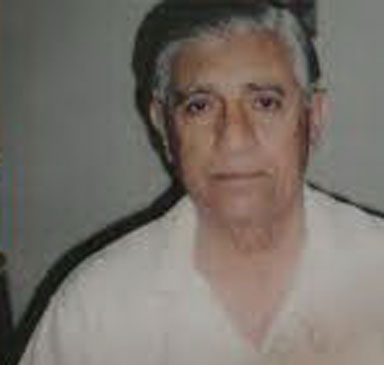 Pakistan hockey’s icon Brig (r) Abdul Hamid Hamidi: One of the icons of hockey and 1960 Olympic gold medal winning team captain Brig (r) Abdul Hamid Hamidi breathed his last at Combined Military Hospital (CMH) in Rawalpindi on July 11, losing battle against lungs injury occurred due to sudden fall at home. He was 92. Hamidi was one name who played instrumental role in popularising and strengthening the game of hockey in Pakistan. Hamidi had the honour of representing Pakistan at four Olympics — 1948 at London, 1952 at Helsinki, 1956 at Melbourne and 1960 at Rome. Born on Jan 7, 1927, Hamidi played as inside right and rose to fame when he skippered greenshirts to a solitary goal win over arch rivals India that ended latter’s domination. Later in his career, Hamidi served on important positions including Director General Army Sports Board, DG National Sports Trust (NST) and DG Pakistan Sports Board (PSB) from where he retired on superannuation. He also served as Secretary General of the Pakistan Hockey Federation (PHF). He was also the elder brother of Rasheed Junior — the famous national hockey team centre-forward of sixties and early seventies.

An outstanding inside-right, Hamidi was not only a schemer but also a tremendous scorer. He was a member of both the 1948 and 1952 Olympics teams. But these teams, despite having several outstanding players, could only finish fourth. The main reason of the failure was a lack of harmony and discipline. Hamidi was then made the captain of the team in 1956 and he didn’t disappoint – the army officer inculcated much-needed discipline and spirit in the team. Under Hamidi’s able captaincy, Pakistan won silver medal at the 1956 Olympics losing to India by a controversial goal in the final. Still, it was an epoch-making moment in the country’s sporting history as it was Pakistan’s first ever medal of any colour in any Olympic discipline. Then, in 1958, Hameedi led Pakistan to a gold medal at the Asian Games. It was the first time that India was relegated to second position in any international hockey tournament. And finally Hamidi attained eternal legend status by skippering Pakistan to their maiden Olympic gold in 1960. The final of the 1960 Rome Olympics is still regarded as one of the finest moments in Pakistan sports history. That’s when Pakistan came head-to-head against their archrivals India for the second time in the Olympic history. 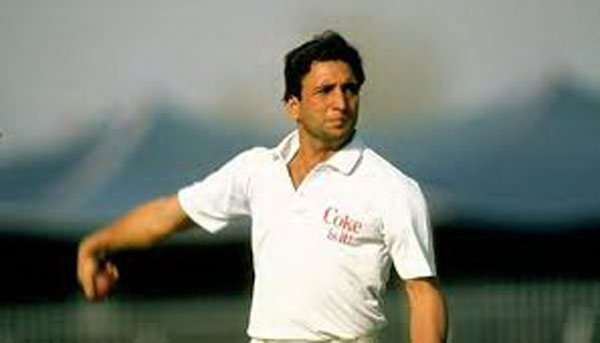 Spin wizard Abdul Qadir: The sudden death of former Pakistan spin maestro Abdul Qadir on September 6, 2019 at the age of 63, nine days short of his next birthday, shocked the entire cricket community and fans not only in Pakistan but also around the globe who admired the way he skillfully practiced the rare and nearly extinct art of wrist spin bowling. With his debut, Qadir showed to the cricketing world that here was someone who would shine like a beacon as a bowler of a highest quality. Apart from being a genius with the ball, Qadir was a larger-than-life figure who was adored, loved and respected across the globe due to his excellent understanding and knowledge of the game, and strong cricket ethics and discipline. Qadir played a key role in the rebirth of leg-spin and was a vital component of the Pakistan sides of the 1980s. In two World Cups, in 1983 and 1987, he was instrumental in Pakistan’s run to the semi-finals. Pakistan legend Wasim Akram, who made his Test debut when Qadir was part of the same side, described the wrist-spinner as a “magician” in a tribute he posted on Twitter. Wasim wrote: “They called him the magician for many reasons but when he looked me in the eyes and told me I was going to play for Pakistan for the next 20 years, I believed him. “A Magician, absolutely. A leg spinner & a trailblazer of his time. You will be missed Abdul Qadir but never forgotten.” Legendary Australian leg-spinner Shane Warne – the second highest Test wicket-taker with 708 (only behind Sri Lanka’s Muttiah Muralitharan’s 800) – was also a big fan of Qadir.

The English have proved profitable opponents for several Pakistan leggies, but Qadir was the first who made them bleed. His finest hour, too, would come against England. Qadir’s nine for 56 against England at Lahore in November 1987 remain the best Test figures by a Pakistan bowler. He took 13 wickets in the match as Pakistan won by an innings and 87 runs. Born on September 15, 1955 in Lahore, natural talent combined with aggression and passion made Qadir one of the most successful spinners of his era. Former captain Imran Khan was to be a key influence on his career, one of the few capable of getting the best out of Qadir the man and bowler. He had a distinct run-up, bounding in to the crease, and a great variety of deliveries: there was the orthodox leg-break, the topspinner, two googlies and the flipper. His fervent appeals made him a great favourite with the spectators but sometimes got him into trouble with umpires. Qadir played 67 Test matches during 1977-90 and took 236 wickets, with an average of 32.80, including 15 five-wicket hauls. He also scored 1,029 runs including three fifties. Qadir played 104 ODIs, claiming 132 wickets. Qadir played first-class cricket for Lahore, Punjab and Habib Bank Limited during 1975-95. During his first-class career, he achieved five or more wickets in an innings on seventy-five occasions, and ten or more wickets in a match twenty-one times. Qadir played 209 first-class matches and took 960 wickets with an average of 23.24. His best bowling figures for an innings were nine wickets for 56 runs, whereas his best performance for a match was 13 wickets for 101 runs. As a batsman, he scored 3,740 runs averaged 18.33 from 247 innings. He also scored two centuries and eight fifties. Qadir played his last first-class match in 1994.