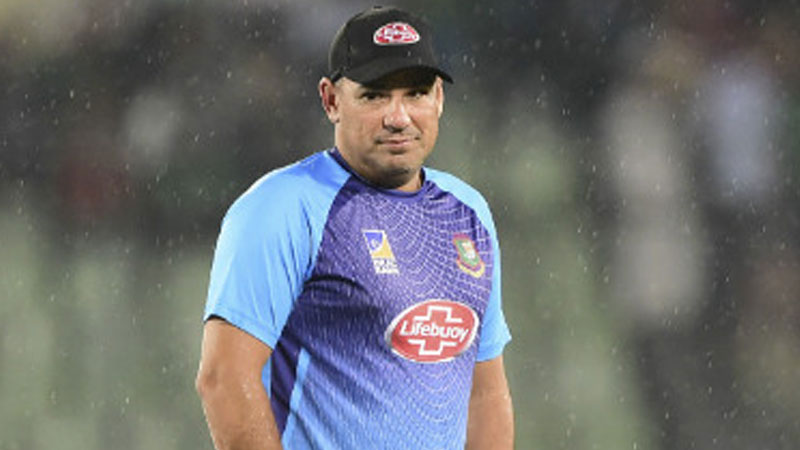 Bangladesh head coach Russell Domingo has said that he is willing to tour Pakistan if the tour gets security clearance from the Bangladesh government and cricket board. Although Domingo expressed his approval regarding the tour in a telephone interview with New Age Bangladesh, he also confirmed that some members of the coaching staff have reservations. “I think some guys [of the team management] are not keen to go. But if we have to then I am going,’’ said Domingo. “I think we can only discuss the matter once the decision is made. We need to discuss with the cricket board and the board will decide what will happen next.” “If the team is given clearance to go, then I will go. If the team isn’t given clearance, then I definitely won’t go,” he added.

Last week, the Bangladesh Cricket Board (BCB) President Nazmul Hasan also said that they are trying to form a team for the Twenty20 International (T20I) series against Pakistan after several of their star players showed reluctance to tour Pakistan even to play the shortest format. “If the players and the staff are willing and we can manage to form a good team, then we will send our team. Some of our star players have said that they don’t even want to play the T20s,” said Nazmul. “Many of the coaching staff has already informed us that they don’t want to go. Some of them have said that they do want to go but only for a short period; only a handful though wanted that as most of the foreign staff do not want to go.”