‘The Lighthouse’ is an unconventional film for this century

* This unconventional masterpiece was created by the director of ‘The Witch’ 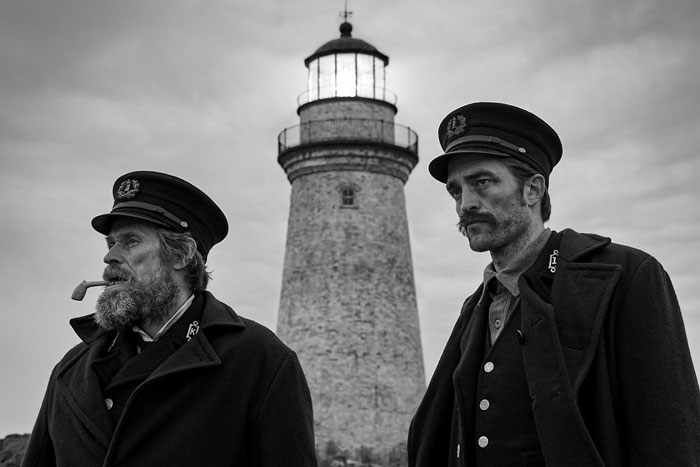 Psychological horror film ‘The Lighthouse’ directed by Robert Eggers is a somewhat unconventional kind of film for this century.

In this era, where movies demand hype like Marvel Studios has been doing for the last 20 years for Avengers; where the audience demands the movie to be made in CGI, it is very risky for a movie like The Lighthouse to emerge and compete with other high-budgeted movies.

This unconventional masterpiece was created by the director of ‘The Witch’. The Lighthouse, starring William Defoe as Thomas Wake and Robert Pattinson as Ephriam Winslow, gives the viewer nothing more than two characters in one location, obsessed by Tale Talks, creating high tensions and an uncomfortable atmosphere with dark humour, left with nothing but each other and their thoughts and secrets. The chemistry between the two characters is so good that it allows the viewer to connect with their guilt, power, knowledge, homoeroticism and masculinity. Their slow descent to insanity is impeccably shown. The solitude on The Lighthouse of the two men can be seen by the depiction of Pattinson’s character, when he looks at the statue of the mermaid and excites himself by the process of auto-eroticism and by Dafoe’s character which is prone to articulate soliloquies in the style of Shakespeare and Milton with his frightening ramblings.

The film is set in 1890 and to create the exact atmosphere, director Robert Egger shot it on 35mm black and white Double-X 5222 film, augmenting the Panavision Millennium XL2 camera with vintage Baltar lenses from as early as 1918 to as late as 1938 to enhance the image and make it resemble early photography

The film is set in 1890 and to create the exact atmosphere, director Robert Egger shot it on 35mm black and white Double-X 5222 film, augmenting the Panavision Millennium XL2 camera with vintage Baltar lenses from as early as 1918 to as late as 1938 to enhance the image and make it resemble early photography. The aspect ratio of the film is 1.19:1, practically square, which brings the real sense of claustrophobia to light. Because it was shot on Double X, it required much more light to get exposure and the crew used flickering 500 to 800 watt halogen bulbs and kerosene lamps that were a few feet away from thes actors’ faces. 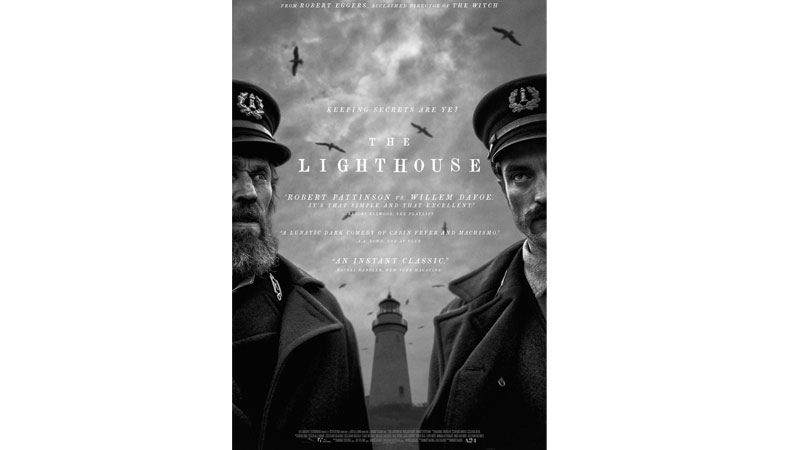 The imagery in the film is very unsettling and surreal, and it reminds us of past directors. The writing and dialogues are perfect. For dialogue inspiration, Robert Egger and his brother Max Egger (writer) read the works of Melville, Stevenson and other 19th century authors for slangs and jargon spoken at that time. One can hardly watch it without subtitles.

The background score is good and loud, Cinematography is beautiful and everything in the movie is perfect. It’s one of those one of a kind movies that mean to be felt and not just understood. The movie is suspenseful and creates constant tension in minimalistic space.

The time and the place of the story are vague, making it abstract and metaphorical, questioning reality. The Lighthouse contains various minor details; there is so much dread and uneasiness in the scenes, which will make you feel like you are present there. It depicts what isolation can do to someone. The Lighthouse displays the themes which reflect our life, as our lives are bound to be a mixture of the supernatural and dark humour.

In short, ‘The Lighthouse’ is a piece of art that is rare these days.