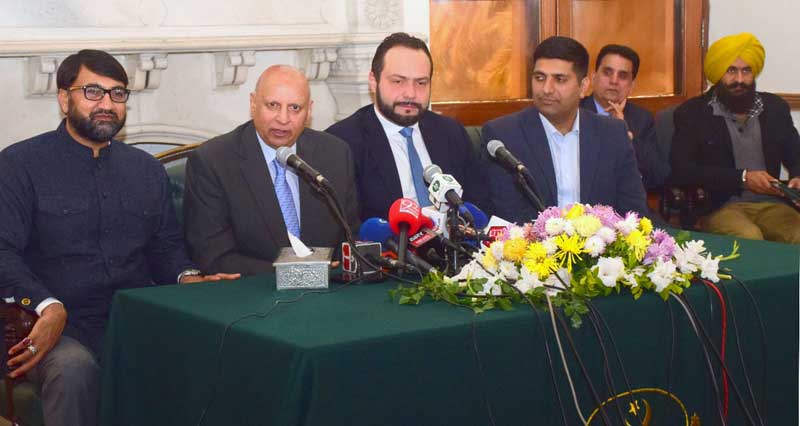 Paying glowing tribute to Pakistan Army, people and other security forces for their sacrifices in the war against terrorism, he also assured his full support to Pakistan for extension of GSP Plus status.

Speaking on this occasion, European Parliament’s Vice President Fabio Massimo said that he is also Vice President of Human Rights Committee of European Parliament. Pakistan has sacrificed 70,000 lives in the war against terrorism and establishment of peace, for which I pay glowing tribute to Pakistan Army, people and government of Pakistan, he said and added that India is committing sheer violation of human rights in occupied Kashmir where women, children and youth are treated inhumanely, which cannot be ignored at any cost. “Pakistan is sticking to its stance of resolving Kashmir issue and restoration of peace through dialogue and I think it is the right way. India should not unleash such atrocities as people living in occupied Kashmir has the right to live a free life but unfortunately, they have been faced with tyrannies for decades and upon this, I will raise an effective voice in the European Parliament. New Citizenship Act in India is also against the human rights and I hope that India will review this bill as all the citizens have equal basic human rights, he said, citing that Germany and France had fought for centuries but today they are best friends, and I think, India should also resolve the issues through dialogue with Pakistan.”