Children are the custodians of tomorrow and children are our future. These words commonly used by our political leadership. Are children really our future? If yes, then their rights must be reflected in the state’s agenda. But it is missing, missing in budgetary allocation, a core requirement to improve the state of child rights. Promises to improve the state of child rights made by our leadership never turned into reality because it has never ever been on their priority list.

Children are so helpless that they can’t even reach the policy-makers to express their concerns on the status of their rights as a whole and its budgetary allocation in particular. Child rights supporter organizations and individuals always raise their concerns but their voices are not being heard.

A recent report on the budget analysis released by Child Rights Movement Pakistan indicates that no ministry exists at the federal or provincial level for children-specific planning.

However, child-specific investments have been made in education, health, and social welfare. Development expenditures have been reduced which would affect child-specific programs. As far as Public Sector Development Program (PSDP) is concerned, the share of health-specific PSDP has been declined by 49% in 2018 and from July 2018 to March 2019 health expenditures of the federal and Punjab government has been decreased by 10% as compared to the same period of last fiscal year. Most of the expenditure spent on administrative matters i-e salaries, operational cost and less on development.  PSDP share of SDGs has been reduced by 83%. SDGs cover many indicators related to child rights such as health, nutrition, gender equality, and education. In terms of investment in education, it is estimated that Pakistan is spending 2.4% of the GDP on education and 13.8% of the federal budget. Pakistan’s spending on social protection is close to 0.3% of the GDP only. Although, these programs are contributing but not quantifiable because no specific heads were mentioned in budgetary documents related to child-specific allocations except child protection and welfare commissions.

The leadership of the country must think about why 44% of children are not attending school. Although, article 25(A) of the constitution promises that” the state shall provide free and compulsory education to all children of the age of five to 16 years”

According to the media reports, Pakistan’s spending on nutrition is nearly 3.7% of the national budget, while countries like Bangladesh spends 8.2% and Nepal 13% of their budget on nutrition.  Nutrition is not treated as a heading in the budget but it mixes with health budget. It is notable that the stunting rate in Pakistan is 40%. Statistics indicate that investment in child-specific programs is not up to the mark; much more investment is required to bring a positive change.

The leadership of the country must think about why 44% of children are not attending school. Although, article 25(A) of the constitution promises that” the state shall provide free and compulsory education to all children of the age of five to 16 years”.

Surely, significant numbers of children who are not going to school must be striving to feed their families. It means they are involved in child labour. Constitution of Pakistan, Article 11(3) states that no child below the age of 14 years shall be engaged in any factory or mine or any other hazardous employment.  Article 37(e) of the Constitution says that the state shall make provision for securing just and humane conditions of work, ensuring that women and children are not employed in vocations unsuited to their age or gender.

Pakistan has made some progress by enacting many laws but their implementation is not satisfactory. One of the biggest challenges to execute laws is the lack of financial resources.

The debate in the parliament during budget-related sessions mostly covered tax, inflation, import, export and mega projects. The budgetary allocation associated with child rights never discussed. This dilemma is one of the causes of the worst child rights situation in Pakistan where nearly 10 children per day are being abused. The recent report on Human Development Index (HDI) ranked Pakistan at 152 positions out of 189, lower as compared to other regional countries like Bangladesh & India. Nearly 75 million people living in multidimensional poverty including 40 million children. The situation would turn into more severe if the state fails to provide sufficient budgetary allocation for the children. Saving children from poverty, malnutrition, illiteracy, child labour, and abuse is the responsibility of the state.

Pakistan has ratified the Convention on the Rights of the Child (CRC); requirements of UN-CRC would not be achieved without sufficient investment in children. One of the recommendations of the Universal Periodical Review 2016-17 is to increase budgetary allocation for children.

To make our future progressive and prospers, policy-makers should play their due role to protect and promote child rights. A clear estimate of budgetary requirements for the child rights agenda is crucial to facilitate federal and provincial governments. Civil society, policy-makers, and parents should set together to develop a comprehensive budgetary plan to facilitate the government. The government should take all appropriate measures to enhance the budgetary allocation for children.

The writer is an Islamabad based development professional & child rights, supporter 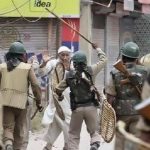 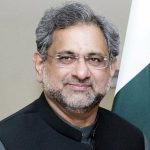 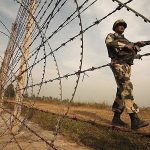