Long-term development in Thar need of the hour

* Tharparkar is the only district in Sindh which does not have fresh water resources, the only source being wells dug into the ground 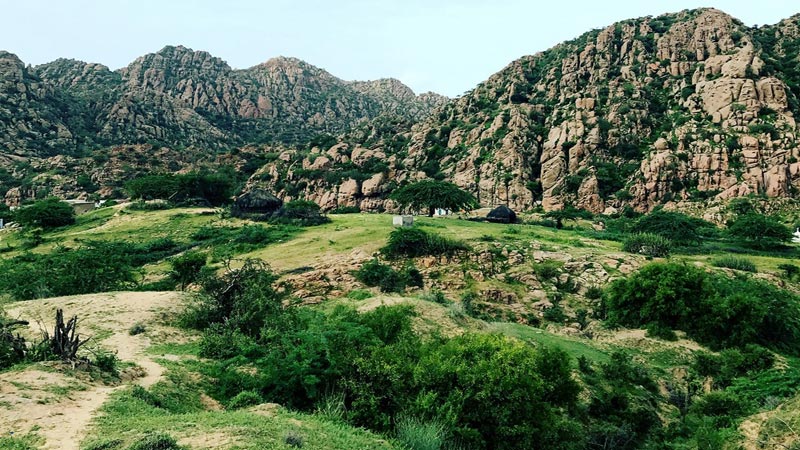 With a population of 1.6 million, distributed in 2880 villages, some of which include Mithi, Diplo, Chachro, Islamkot, Nangarparkar, Dahli and Kaloi, and 64 Union Councils, the Tharparkar district was separated from Mirpurkhas in 1990, with Mithi as its capital. There have been numerous deaths of children due to malnutrition and the high infant mortality rate has also been the focus of the media in the past because it is higher as compared to the other districts in Sindh and malnutrition has been identified as one of the major causes. It has been observed to be affecting mothers more than infants, as they breastfeed for as long as six months. However, the health department cannot be solely held responsible as there is a need for the government of Sindh to look into the matter and implement long-term reforms. There is also a need to plan for these reforms ahead of time.

Tharparkar is the only district in Sindh which does not have fresh water resources, the only source being wells dug into the ground. However, this water is, in most parts, brackish and bad for the health and the lack of fresh water does not allow farming, or healthy living. Personal hygiene and sanitation is also affected due to the scarcity of water. Thus, providing access to sufficient quantities of fresh water can reduce the burden of diseases and poverty. The drinking water in Thar also has dangerously high levels of fluorides whereas the World Health Organization guideline value for fluorides in drinking water is 1.5mg/l. A high fluoride intake causes dental and skeletal fluorosis, osteoporosis, thyroid and kidney problems as well as irreversible chronic bone and joint deformations. So the availability of safe drinking water has always been a distant dream for the people of Tharparkar, where over 80 percent of groundwater is unfit for human consumption.

In many families, women and girls fetch water for the family every day over a long distance, from a communal source. This takes hours, depriving them of a comfortable working experience as well as education. Constant lifting and carrying of heavy water pots also causes health problems, particularly among women who are pregnant. The main crops grown in the area are millet, mung beans, bulgur wheat, chili and oilseed and they can tolerate dry conditions. However, in severe drought conditions their yield falls drastically as well.

Fresh fruits and vegetables are scarce due to the lack of fresh water and the successive years of low rainfall lead to scarcity of food items as well as poverty. The provision of education is lowest in this region and Female education in the rural areas is much lower than male education- almost nonexistent. Another factor that contributes to the low standard of living in the region is child marriages and it is something the government needs to take strict actions against as it endangers the lives of both the mother and child.

The concept of family planning is unfamiliar in our country and as a result, teenage pregnancies are a common occurrence. Overall, health facilities are not available to the Tharparkar population. Many doctors are available in the area, but they are either absent from health centres or are unskilled. A total of 84 Community midwives are also present in the Tharparkar District but they are often not called upon or lack proper skills. The travel-time to the nearest health facility is about two to four hours and costs from RS 4,000 to RS 6, 000. This is a huge burden on a poor person, whose average monthly income is less than RS 5, 000.Moreover, there is only one large civil hospital in Mithi. In order to avoid health tragedies and deaths, the number of civil hospital needs to be increased.

In many families, women and girls fetch water for the family every day over a long distance, from a communal source. This takes hours, depriving them of a comfortable working experience as well as education. Constant lifting and carrying of heavy water pots also causes health problems, particularly among women who are pregnant

The people of Tharparkar depend on rain for farming. If it does not rain one year, they suffer from famine, which aggravates poverty and other existing difficulties. Their staple products are jowar and bhajra; they store one type of grain and eat that for the entire year out of fear of a drought occurring. Vegetables and fruits are not part of their diet which leads to a lack of vitamins and other essential minerals. More than 80 per cent of women in Tharparkar are anemic. The birth-weight of children is about 1.1 – 1.2 kg- well below the normal weight of 2.5 – 3kg. These facts contribute to an increased infant mortality rate as well. Due to high levels of poverty, houses in Tharparkar are not built efficiently either and often cannot face the drastic weather conditions. 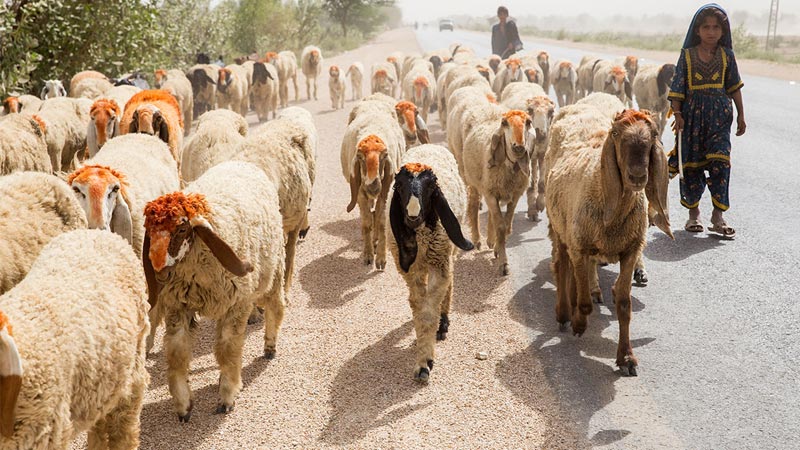 There is a diurnal variation of temperature. Thus, housing is another aspect that must be looked into, to prevent illnesses caused by extreme weather. The current livestock population of Tharparkar district is above six million and most people of the area depend on an agro-pastoral economy for their livelihood. Livestock, fully or partially, contributes to the financial resources of every household of about 1.6 million people of the district so Thar must be given priority in matters of livestock development. These animals are very precious for them and thus, they keep them near their homes. As a result, many diseases spread from animals to humans. Newborn babies are more vulnerable. Thus, the immediate opening of immunization centres for animals and the availability of veterinary doctors is needed.

In conclusion, the government needs to take immediate remedial measures such as opening specific hospitals for children and appointing a fixed number of child specialists, a hospital at each Taluka level with functional wards. It needs to meet the requirements of Female Medical Officers at Basis Health Centres as well and allow Lady Heath Visitors. Lady Health workers, also need to organize Capacity Building of new recruited staff and the government needs to provide the quality medicines and equipment as well along with the 4×4 ambulance service Installation of desalination plants, solar water pumps, tube wells for Agriculture purposes, livestock fodder and medicines is also needed.

The availability of female doctors and specialist doctors, particularly paediatricians, gynaecologists, and physicians must also be made possible and programmers of immunization, antenatal care, and child care should be introduced. Public sector dispensaries and maternity clinics should be set up to provide easier access. Improved health is tied to public awareness; hence the importance of antenatal care and complications associated with untrained deliveries must be explained to the public and. parents must be educated regarding paediatric nutrition and childcare.

The writer is a social development professional based in Umerkot. He can be reached at anrahimoo@gmail.com and Tweets at @anrahimoo