* Justice Khosa says lawyers and doctors should be mindful of the respect attached to their professions
* Hopes ‘better sense will prevail’ in aftermath of the ‘tragic, unbelievable and shocking’ incident 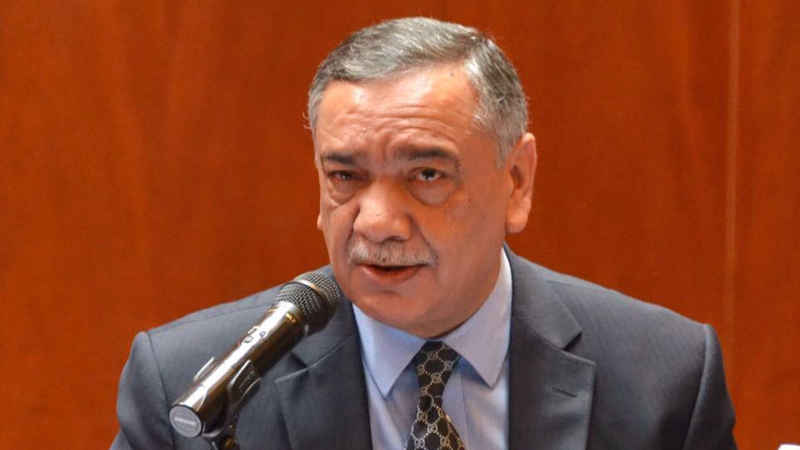 Chief Justice of Pakistan Asif Saeed Khosa on Saturday condemned the attack on the Punjab Institute of Cardiology (PIC) by lawyers and hoped that ‘better sense will prevail’ in the aftermath of the incident, a private TV channel reported.

“Tragic, unbelievable and shocking attack by a group of lawyers on PIC should not have happened … this is an opportunity for introspection and self-accountability,” the chief justice said while addressing a national conference here on expeditious justice. He said the people should be mindful of the respect attached to the professions of lawyers and doctors and hoped that ‘better sense will prevail’ not only regarding the issue or in its aftermath but also in the future. “Our hearts and our minds reach out to the victims and their families,” he said. “We hope and pray all concerned would like to uphold the values attached to the legal profession as well as the medical profession,” he said.

Justice Khosa said that he has always believed ‘divinity, law, and medicine to be the noblest of the professions’. He called on those employed in these professions to make every effort to keep the nobility of such professions intact. He said he will refrain from saying more on the subject as the matter is sub judice before the Lahore High Court.

The chief justice then spoke of the reforms brought over the last eleven months to a justice system fraught with delays. He said that many bridges were crossed, but one thing was constant: the desire to ‘do something’. “We will not go down without a fight. Lord Almighty has given us an opportunity to serve our people and we shall not allow this opportunity to go to waste,” he said.

Justice Khosa said the judiciary focused on two things primarily. First, the rollover system was changed and continuous hearings were held at model courts. Secondly, the judiciary held the state responsible for producing witnesses and evidence before the court. “The state had delegated the task of producing evidence and witnesses to the complainant,” he said. “This was not possible for the complainant. We identified and rectified this issue. We attended to these modalities and it has had a massive impact on the cases,” he added, and thanked lawyers and judges for their support in ensuring the success of model courts so that justice without delay is provided to the masses.

The chief justice said he is glad that the criminal justice system in the country has improved during his tenure. Improvement in the justice sector has come in the judicial work without changing the system and the law, he said. “We identified causes of delay in providing the justice … we started by stop giving adjournments and bound state and police to present witnesses,” he stated.

The chief justice expressed full satisfaction over the working of model courts in the country. He also revealed that a 25-year-old backlog in criminal appeals has ended during his tenure. “Currently, there is no criminal appeal pending in the apex court,” he added.

Chief Justice Khosa, who is retiring on December 20, said the biggest challenge he faced during his tenure was delay in murder trial as it makes people think that they are hopeless. “In past, 15 to 20 commissions had been formed on changing the law, the procedure and the court structure, but, all the recommendations were buried in books,” he said. “However, we brought change through existing system, law and procedure,” he remarked.

The chief justice said he identified seven to eight factors for the delay in justice system – especially with respect to criminal trials. “We give priority to criminal trials because someone is languishing in jail, having lost his freedom, and someone else who has suffered a loss is awaiting justice,” he remarked. He said that other factors like delays in challans, delays in production of prisoners due to lack of funds and delays in writing out a judgment, were also addressed during his tenure as the country’s top judge.

Informally talking to reporters after the ceremony, Chief Justice Khosa said the Supreme Court will issue its detailed judgement in the case pertaining to the extension in the tenure of Chief of Army Staff General Qamar Bajwa before his retirement.

Asif Saeed Khosa, who became the chief justice of Pakistan in January last year, is retiring on December 20.