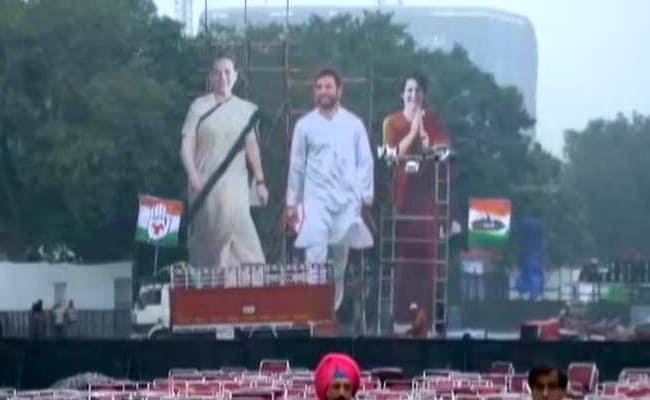 Top party leaders will also address the rally and highlight the “failures” of the Modi government and its alleged attempt to divide the country and its people.

#BharatBachaoRally is culmination of our ongoing campaign against the anti-people government but it is also the bugle for a widening of the agitation: AICC Gen Sec I/c Organisation, Shri @kcvenugopalmp https://t.co/S2HQK589cn

The party’s Overseas Congress will join the Bharat Bachao Rally through demonstrations around the world. “Our message to save India from divisiveness, arrogance and incompetence will be spread worldwide,” the Overseas Congress said.

Delhi Congress president Subhash Chopra claimed that over 50,000 people from the city will take part in the protest. Delhi Congress chief spokesperson Mukesh Sharma said lakhs of party workers and people from other parts of the country will attend the rally.

#BharatBachaoRally is the coming together of an India that wants change, change from a regime that is hell bent on destroying every fundamentals that make us great.@RahulGandhi ji to address the mega rally soon. pic.twitter.com/joRTZCEnUB