Saudi Arabia after the Arab Spring

Ten years after the terrorist attacks on 9/11 a mass uprising began in Tunisia, reflecting a yearning for democracy. It spread to Egypt, and soon engulfed much of the Arab world. On March 11, 2011, what came to be known as the Arab Spring knocked on Riyadh’s door. 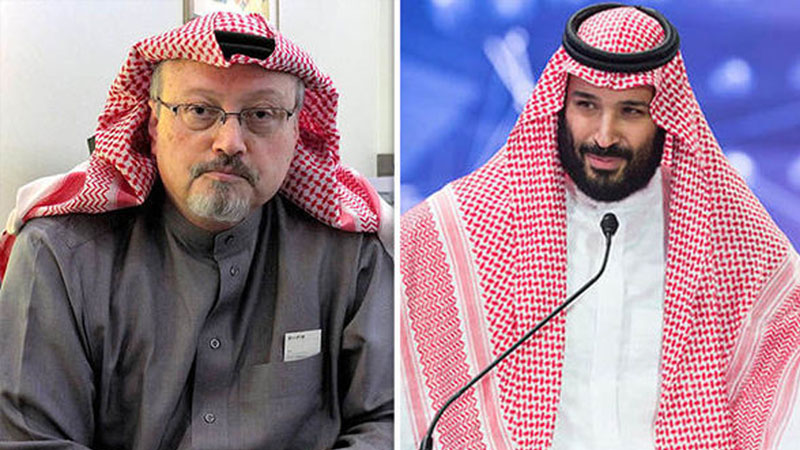 By coincidence, that happened to be the day I was scheduled to arrive in Riyadh. I thought of postponing the trip. But I knew the chance that the Arab Spring would succeed in bringing life to a halt in the Kingdom was negligible. Even the thought of people massing together to protest their deprivation of human rights, however, well intentioned, was impossible to imagine in Riyadh.

The Lufthansa flight landed on time in the evening. As the hotel car neared its destination, I began to spot some barricades that were standing on the side of the road. I asked the driver, a man from Bangladesh, if he knew what had happened. He either did not know or did not want to discuss the topic.

The next morning I asked a friend who had been living in Riyadh for a few years. He said that a hundred people appeared in the morning at the ministry of interior building to protest but disappeared shortly thereafter. Another three hundred appeared, perhaps relatives and close friends of those who had disappeared. They disappeared too. After that no more protestors took to the streets. When I asked him what was going to be the fate of those who had disappeared, he told me, “This is Saudi Arabia. Your guess is as good as mine.”

My mind flashed back to the fate of a US defence contractor who was attending a farmhouse banquet put on by a royal prince. Halfway into lunch, someone whispered into the prince’s ear that the contractor had been sending less than flattering emails about the royal family. He was given 24 hours to leave the Kingdom and told that he should be grateful to His Majesty for sparing his life.

Another time I was in the Kingdom on the birth anniversary of the Holy Prophet’s (pbuh). It was being observed throughout the globe but not in the Kingdom. No articles in the Arab News, no laudatory programmes on TV, no sweets being passed around on the streets. I knew that when it came to matters of religion, the Kingdom was alone in its conservative stance on ‘innovations’. But this was a bit much. Back in the Bay Area, a high profile cleric who is a frequent guest of the Saudi royals was delivering the Friday sermon and telling Muslims to celebrate the birth anniversary of the Holy Prophet (pbuh). Afterwards, I sought him out and told him I had just returned from Riyadh and the birth anniversary was not observed. He said that Riyadh had its own culture. But I said, “They practise the same religion as you and me. Would you not deliver the same sermon in the Kingdom? He said, “If you are asking me to criticise the Kingdom, I won’t.”

It was the Khashoggi episode that shattered any illusions I had about the morality of the Kingdom. How could they do something so monstrous, so barbaric and so revolting, and in a foreign country to boot?

During my several visits to the Kingdom, I have seen the religious police making sure that superficial norms pertaining to matters of dress, contact between men and women, and taking of pictures are observed. The shopping malls observe family days, and on those days men cannot shop unless they have their families with them. And even with women in their company, men cannot enter certain floors. Yet there are men selling merchandise to women, including underwear, on those floors.

Despite all the talk of religion, there is an unmistakable tension between theory and practice. In the business centre of the Faisaliah Hotel I saw a local watching pornography on the computer. That was pretty daring. I asked the business manager to tell the Saudi that it was prohibited. The manager was from the subcontinent and reluctant to police a Saudi. But I stood there until he did what was required. The Saudi shut off the screen, stomped his feet, glared at me, and left the room.

On my last visit, I decided to stay at the Intercontinental Hotel. I had heard many good things about it, and within walking distance was a Lebanese restaurant, the Burj al Hammam. I had a clear view of the ministry of interior building. Later, I came across a colleague of mine who had finished a book about Saudis; the author had stayed in that room and discovered it was bugged.

For the energy workshop, I decided to wear a linen suit whose colours would match those of the Saudi attire. The colors fit in well with the climate. I did not wear the actual Saudi attire because they did not want foreigners wearing it. When I appeared in the meeting room wearing a white suit, checkered pink shirt and black tie, a Saudi asked me if I was dressed for a wedding. At the end of the meeting, another asked if I was dressed for a funeral. Blending into the local culture was always a hit-and-miss proposition.

On my last day, an exercise ball I had brought with me to massage my sore foot muscles slipped underneath the bed. The bed was very wide and there was no way to retrieve the ball. It was made of rubber, was yellow in colour, and had soft prongs on the surface. It could easily be mistaken for an explosive device by a paranoid guard so I left it there without asking the hotel staff for assistance. When I reached the US, I sent a note to the hotel telling them what it was.

The next year a Tom Hanks movie came out, A Hologram for a King. It summed up the cultural contradictions of the Kingdom. I was reminded of the American who was approached by a Saudi man several years ago and asked to convert. When he showed no interest, the local started showing him unseemly pictures, saying he could arrange for escorts to be brought into his hotel room.

But it was the Khashoggi episode that shattered any illusions I had about the morality of the Kingdom. How could they do something so monstrous, so barbaric and so revolting, and in a foreign country to boot? But what amazed me even more was how they have been allowed to get away with it by the world at large. It’s a sad comment on the feeble, almost non-existent, role that morality plays in international politics.