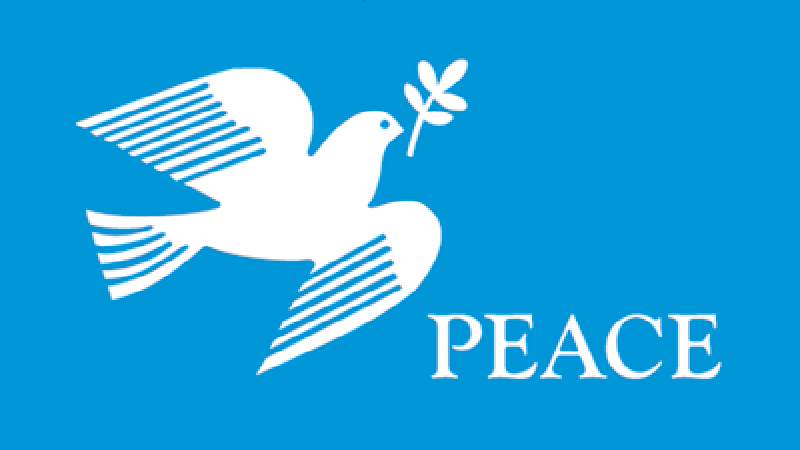 Peace talks have resumed between the United States and the Taliban, including the possibility of intra-Afghan talks – that have given some Afghans hope that after years of tragic suffering, death and violence the war may end soon; however, the news has terrified some Afghans – especially women.

Afghan women and activists claim that as the US, Afghans and the international community negotiate a peace agreement that satisfies all sides, they are being side-lined.

Arguably the strongest advocates for peace, they worry that an agreement struck with the Taliban – without them at the negotiating table – would see them lose their hard-won gains since 2001, when the Taliban were overthrown by the US

Their fear is understandable, considering the Taliban stripped Afghan women and girls of their basic rights, based on an extremist interpretation of Islam, imposed draconian rules that justified violence and public executions of boyfriends, banned girls from going to school and women attending work.

Speaking at the United States Institute for Peace (USIP), Afghanistan’s first lady, Rhula Ghani, said the US peace talks focus on: the withdrawal of foreign troops and efforts of counterterrorism but exclude the voices of Afghan women. She is pushing for women’s participation in the peace talks, “We are not seeing any kind of real work being done to understand what women really want. What are their thoughts? What are their priorities? What do they see as obstacles to peace?” Ghani said.

She said, “Thousands of women have expressed a consensus on two points. They insist the war needs to end…the peace to follow must continue to build opportunities for women.”

To date, the US- Taliban talks in Doha, Qatar, were held predominantly by men – highlighted by all-male photo sessions. The recent talks in Moscow between the Taliban and influential Afghans only include two Afghan women out of a 42-person delegation.

Ghani called on all sides to recognise women as critical for lasting peace in Afghanistan. Her views have been echoed by Ambassador Swanee Hunt.

Ambassador Swanee Hunt, said, “If you have women involved the possibility of that peace agreement lasting for 20 years that possibility is 70%. If there are no women, the possibility of that lasting for 20 years is 25%.” Hunt is the founder of Inclusive Security, a Washington DC, based non-profit that conducts research and advocacy in methods to involve women as key-decision makers in international peace and security processes. Her team works in the world’s most volatile conflict zones, and she has been personally active in over 60 countries.

Hunt highlighted “it is crucial for women to be engaged during peace talks, women are aware of what is happening on the ground. Men cannot always relate to women’s experiences.” She continued “women engage and work together differently.” She questioned the logic “somehow women’s rights are going to be protected by the men who will not let women sit at the table where their rights are going to be discussed… it doesn’t hold up.”

Inclusive Security’s research shows: 50 percent of peace agreements fail within five years, but over a third last at least 15 years when women are significantly involved in negotiations. Additionally, the research supported the concept that women work across allegiances, appear less intimidating, evoke maternal influence, appear more trustworthy, and have insight and understanding of their communities that will facilitate a lasting peace agreement.

In her address, Ghani asserted Afghan women are unwilling to make concessions of their civil rights in the peace agreement, and according to the Asia Foundation, this view is supported by the Afghan people.

The 2019 Asia Foundation Survey of Afghans found: 65 percent of Afghans would oppose a peace agreement that endangered women’s education or the ability to work outside the home.

Although, based on the individual security concerns some Afghans deviated from this view. “People living in the most conflict-affected areas are more likely to give more concessions compared to those living in lower conflict… stable areas.” Said Abdullah Ahmadzai, Country Director, Afghanistan, The Asia Foundation.

The survey also found that 89 percent of Afghans support efforts to negotiate peace, and 64 percent still believe that reconciliation is possible. But not at any price. Some 80 percent of them, in a country struggling with education and literacy, consider preservation of freedom of speech and freedom of the press as very or somewhat important to be protected in any peace agreement.

Under international pressure the Taliban claim to have shifted some policy positions towards girls and women, in a recent report ‘How the Taliban Makes Policy,’ The author Ashley Jackson and Rahmatullah Amiri explain, although the Taliban strive to present themselves as a legitimate political movement able to govern and implement policy, their claim evokes incredulity amongst Afghans.

While the Taliban claim they do not oppose girls’ education or women working, the reality is in the areas the group controls, girls do not attend school beyond puberty and women are not allowed to leave the house without a male chaperone.

As the US, Afghan and international forces draw down – as part of the US President Donald Trump’s,2017,Afghanistan strategy, the Taliban are no longer an ominous insurgency – now a self-proclaimed government in waiting.

The few women who have participated in some of the peace negotiations question their commitment to Afghan women and girls’ civil liberties.

Senior Afghan human rights activist and analyst, Belquis Amhadi, described her experience when selected as one of the few women to negotiate with the Taliban, during a 3-day conference, “I went to speak in the front of 70 Taliban members. The Taliban protested and told me to speak with my back to the class. I did so and when I turned my head to see if people were listening, I realized that the 70 Taliban members had left because they didn’t want to listen to a woman.” Belquis said.

She was told by a member of the Taliban, “Women were the reason that everything was going wrong in Afghanistan.”

“I will believe they (the Taliban) have changed when I see it on the ground,” she said. Despite the concerns raised, the peace negotiations to end the war now continue. The US President Donald Trump’s has repeatedly said, he wants an end to America’s longest running war -to pull all US troops out of Afghanistan by 2020. And with the bombshell release of the ‘Afghanistan Papers’ this week, revealing how US officials misled the public about the war in Afghanistan — public pressure to bring US troops home will mount.

Therefore, US policy objectives will be priority for the US officials negotiating with the Taliban- and not women and girl’s civil rights, explained, Laurel Miller, former US Afghanistan and Pakistan Special Representative, at a recent USIP event titled, ‘Peace for Afghanistan: What has changed?

She added, “I am not saying that as a policy proposal, prescription, recommendation… I am saying it as a policy reality in the United states … but at the end of the day the decision making will be based on security concerns of the United States and not considerations related to women.”