Usman Buzdar seeks report on violence by lawyers at PIC 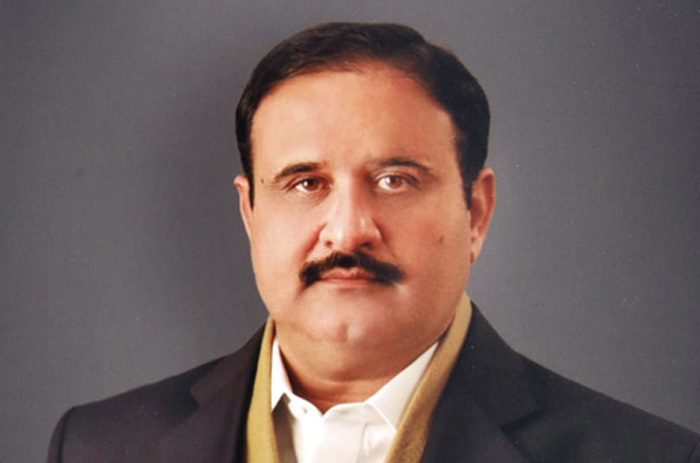 Chief Minister Punjab Sardar Usman Buzdar presided over an emergency meeting of Cabinet Committee for Law and Order at the CM’s Office on Wednesday.

Buzdar was presented initial report about violence and destruction caused by lawyers at PIC. The additional chief secretary home submitted the regrettable incident’s report. The CM, while addressing the participants said that the writ of government will be maintained at every cost. The rumpus and destruction caused by lawyers at PIC is an illogical and illegal act. Legal action will be taken against those lawyers who took law into their hands, he emphasized. Such immoral and indecent behaviour being done with doctors, paramedical staff, patients and their heirs is highly intolerable under all circumstances. The government is standing with those who have been subjected to violence. Usman Buzdar said that he has been deeply grieved with sorrow over the death of few patients being caused due to non-availability of treatment facilities. The sympathies of Punjab government are with the heirs of deceased patients. The torture incident being committed on Provincial Information Minister Fayyaz-ul-Hassan Chohan is also highly regrettable. Our all-out sympathies are with the violent-stricken persons. Justice will not only be done but will also be seen on this sorrowful incident. The oppressors will definitely be punished according to law.

The Chief Minister further directed concerned officials that those found responsible for creating unrest and violence in the hospital should be identified with the help of CCTV cameras and cases should be registered according to law against them. Usman Buzdar further directed to immediately restore provision of healthcare facilities to the patients in the hospital and also directed to restore all damages being done to the hospital without any delay. It is our first and foremost priority to provide medical facilities to the patients and healthcare facilities should not face any obstruction and disturbance in hospitals, he directed. Damages being done to the vehicles of doctors will be redressed and Punjab government after taking account of damages will also pay compensation for damages, he stated. The cabinet committee should hold its meetings on daily basis and maintain a stern watch on the prevailing conditions.

Earlier, Buzdar expressed his severe condemnation over brutal violence committed by lawyers at Punjab Institute of Cardiology. Usman Buzdar while taking stern notice of this incident also sought a report from CCPO Lahore and Provincial Secretary for Specialized Healthcare & Medical Education. Usman Buzdar also ordered to investigate the violence incident of lawyers and directed that action should be initiated against those found responsible for creating unrest and violence according to law as no one is above the law. Such a sorrowful incident occurring in cardiac hospital is highly intolerable, he lamented. Creating obstructions and hurdles in the treatment of patients is an inhuman and criminal act. Punjab government will take strict action against those found responsible, he emphasized.

Chief Minister Usman Buzdar also constituted an investigation committee headed by Provincial Law Minister Raja Basharat. Provincial Health Minister Dr Yasmin Rashid, Inspector General Police, Additional Chief Secretary Home and Secretary Specialized Healthcare & Medical Education will be included in the committee. The committee will conduct inquiry of violence and destruction committed by lawyers and later submit a report to the Chief Minister. The committee will ascertain those lawyers who committed violence and indiscriminate action will be taken against those who also committed violence in the hospital. Usman Buzdar further said that those taking the law into their hands will be brought into the strong grip of law. A highly deplorable and condemnable incident has occurred in the hospital. Usman Buzdar also ordered to take stern legal action against those lawyers who committed violence at PIC.

Separately, Buzdar strongly condemned the passing of controversial Citizenship (Amendment) Bill, 2019 by Indian Lok Sabha. In a statement issued here on Wednesday, the chief minister termed the bill as the black law adding that black face of the so-called democracy of the Modi government has been fully exposed. This bill has exposed the ghastly designs of the fascist Hindus in the garb of democracy, he added. Usman Buzdar said that the controversial Citizenship (Amendment) Bill, 2019 is a blatant violation of universally-accepted norms of human rights.