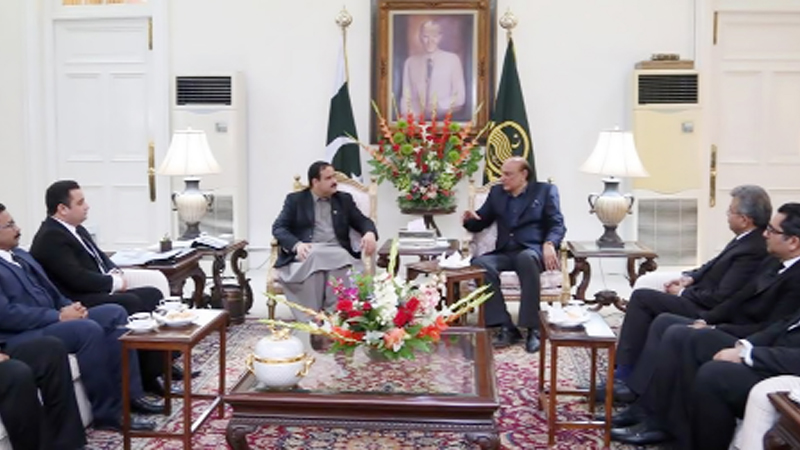 In a statement issued on Wednesday, the chief minister reiterated that such elements deserve no leniency. He added that jail is the best place for such elements and no relaxation will be given to them. The chief minister also directed the provincial price control taskforce to initiate legal action against the illegal profiteers involved in looting the people.

Permission of such a dacoity could not be granted and artificial increase in the prices of vegetables, fruits and pulses will never be tolerated, he warned. The deputy commissioners should personally monitor the steps taken for price control in their respective districts and rates and quality of essential items should be regularly checked. Similarly, district price control committees should make concerted efforts for stabilizing the prices of essential items. Sale of different items should be ensured according to their rate list and negligence will not be tolerated in this regard, the chief minister concluded.

Lawyers: A delegation of District Bar Association Rawalpindi led by its president Syed Tanvir Sohail Shah called on Chief Minister Punjab Sardar Usman Buzdar at his office and apprised him about their problems.

Usman Buzdar assured the delegation of solving their problems and added that he knows lawyers’ difficulties because of his attachment to this profession. He assured to solve the problems of different bar associations of the province on a priority basis and reiterated to take every possible step for the welfare of the legal fraternity. Instead of making any tall claims as like the past, this government delivers practically, he emphasized. The government will also welcome positive suggestions put forth by the lawyers and feasible proposals will be implemented upon immediately, he assured. The role of legal community is very pivotal in provision of justice to the common man and the efforts made by lawyers to help provide justice to the sufferers are praiseworthy, he added. Usman Buzdar further said that legal fraternity has played a leading role in supremacy of the constitution and rule of law in the society. The lawyer’ role in the restoration of independent judiciary is unforgettable, he added. The delegation thanked the chief minister for taking personal interest in the solution of their problems. Provincial law minister Raja Basharat, Vice President DBA Rawalpindi Shakeel Ahmed, Secretary Shahzad Mir, Member PBC Kosain Faisal Mufti and others were present on this occasion.

Sugarcane crushing: Chief Minister Usman Buzdar has taken strict notice of closure of sugarcane crushing by sugar mills. He sought a report from secretary food and cane commissioner and directed that sugar mills should be bound to immediately resume crushing. Closure of sugarcane crushing, at the start of the season, has no justification, he added. The chief minister assured the government will ensure protection of sugarcane farmers’ rights and no one will be allowed to usurp their rights. Similarly, deduction in sugarcane weight will not be allowed. Farmers are my brethren and protection of their rights is my responsibility, the chief minister concluded.

International Volunteers’ Day: Chief Minister Usman Buzdar has said that volunteers enjoy a unique position in the society. In his message, the chief minister said that volunteers perform their duties without any expectation and rise above all worldly barriers to serve the humanity. He pointed out that selfless service of the ailing humanity is the fundamental injunction of Islam. The volunteer organizations deserve accolades as helping the persons in need is a noble deed. Today, we should make a renewed commitment to extend every possible support to the volunteers engaged in public welfare activities, concluded the chief minister.

Lawyer’s murder: Chief Minister Usman Buzdar has taken notice of murder of Sajjad Hussain Advocate in Sialkot and sought a report from RPO Gujranwala. He directed to early arrest the criminals and further directed that provision of justice be ensured to the bereaved family. He also extended sympathies to the bereaved heirs.