Indian Parliament passed a controversial bill on Monday that would offer Indian citizenship only to non-Muslim refugees who belonged from Pakistan, Bangladesh and Afghanistan, and are residing in India before 2015.

The bill named Citizen Amendment Bill (CAB) presented by the ruling Bharatiya Janata Party (BJP) passed with the majority numbers of 311 members and only 80 members came against it.

The refugees would get citizenship in five-six years — if they are Hindus, Buddhists, Sikhs, Jains, Parsis or Christians.

The other minorities in India, including Muslims will not be entertained from the bill.

Meanwhile, the bill will not be applied to the people living in the tribal-dominated regions in Assam, Meghalaya, Tripura, and Mizoram. 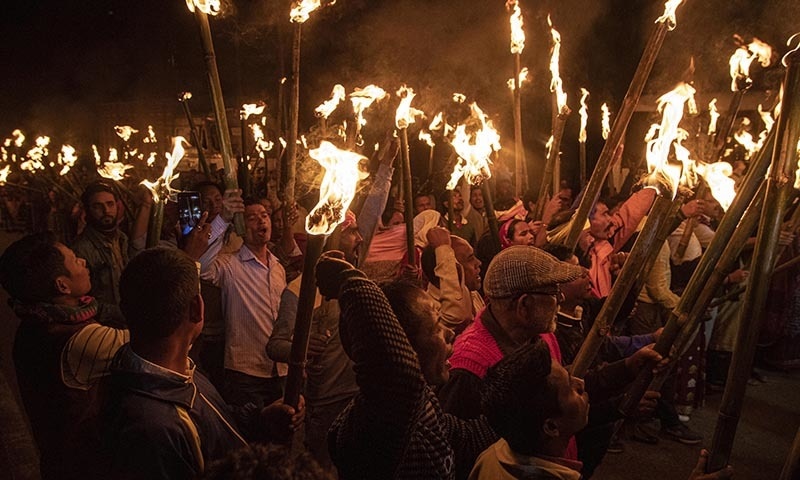 On the other hand, many student federations along with opposition parties came against the bill and vowed that the controversial bill will be challenged in the Supreme Court.

“We will fight and oppose the bill till the last drop of our blood,” All Assam Students’ Union advisor Samujjal Bhattacharya told Reuters. 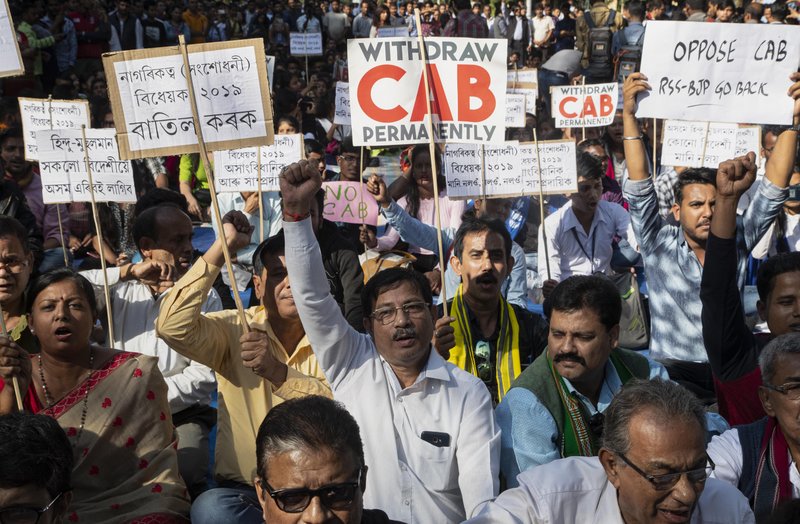 The opposition parties raised questions that if Indian government have such many resources then why not they would welcome Tamils from Srilanka, Muslims from Myanmar and China ⁠— even the allies of BJP also opposed the controversial bill, like the Telangana Rashtra Samithi, Bahujan Samaj Party and Aam Aadmi Party, which have supported the government in parliament on the last few Bills.

“This is like another partition” Asaduddin Owaisi, a member from the All India Majlis-e-Ittehadul Muslimeen, told the parliament.

Although at the lower house (Lok Sabha) the bill got passed,  if the bill will be challenged in the upper house (Rajya Sabha), then the final decision would be taken in a joint session of both the houses.

It is to recall, this is the third bill of its sort proposed against minorities during recent times in India, under Prime Minister Modi led government ⁠—first in August 5 which reprimanded the unique status of Kashmir, the only Muslim dominant state in India, then in August 31, which focus on the individuals of Assam to deliver proof that either they or their ancestors were in Assam on or before March 24, 1971.

Every single such individual who didn’t deliver proof was placed in refugee camps and the tribal people were compelled to shift to Bangladesh — which the Prime Minister of Bangladesh, Sheikh Hasina Wajid likewise indicated concern when a telephonic discussion took place with President Arif Alvi, earlier.

Pakistan slams the controversial bill
In a statement issued by the Foreign Office, Pakistan highly condemned the move of the Indian parliament and said that it proves yet another time the true face of fascist Narendra Modi — who wants “Akhand Bharat” that aimed only Hindus to have the right to live in India.

“A complete violation of the Universal Declaration of Human Rights and other international covenants on the elimination of all forms of discrimination based on religion or belief… The latest legislation is another major step towards the realization of the concept of ‘Hindu Rashtra’, idealized and relentlessly pursued by the right-wing Hindu leaders for several decades. It is driven by a toxic mix of an extremist ‘Hindutva’ ideology and hegemonic ambitions in the region”. Written in the statement.