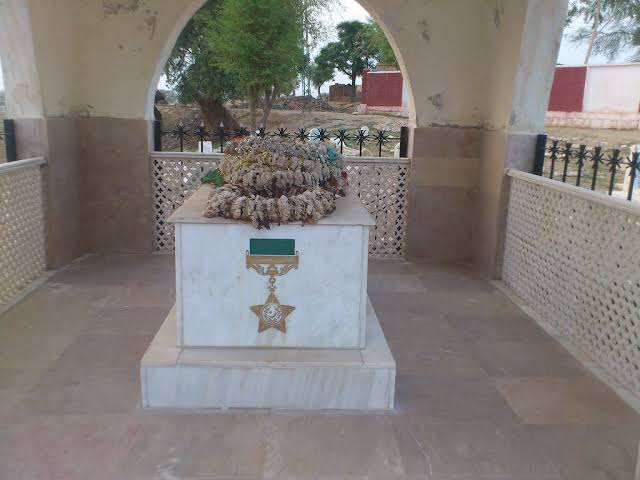 Jawan Sawar Muhammad Hussain Janjua Shaheed was born in Dhok Pir Bakhsh in Gujar Khan on June 18, 1949. He joined Pakistan Army as a driver on September 3, 1966 at a very young age of 17. Although he was only a driver he always yearned to participate in active battle. At the time of 1971 war (between India and Pakistan), he was attached with an old army unit known as “20 Lancers”.

It was on December 5, 1971 that while braving intense shelling and direct fire from enemy tanks and infantry, he went from trench to trench delivering ammunition to the frontline soldiers.

However, it was on December 10, 1971 that he spotted the enemy digging in near village Harar Khurd along the minefield laid out by Pakistan Army. He thus immediately informed the second- in-command of his unit. But simultaneously he moved, on his own initiative, from one anti-tank gun to another directing the crew to fire accurately at enemy tanks.

On the same day, at 04:00 pm, while directing fire from one of the recoilless rifles, he was hit on the chest by a burst of machine-gun fire from an enemy tank and thus died in action. Sawar Muhammad Hussain had the distinction of being the first Jawan to be awarded Nishan-e-Haider for his gallantry.