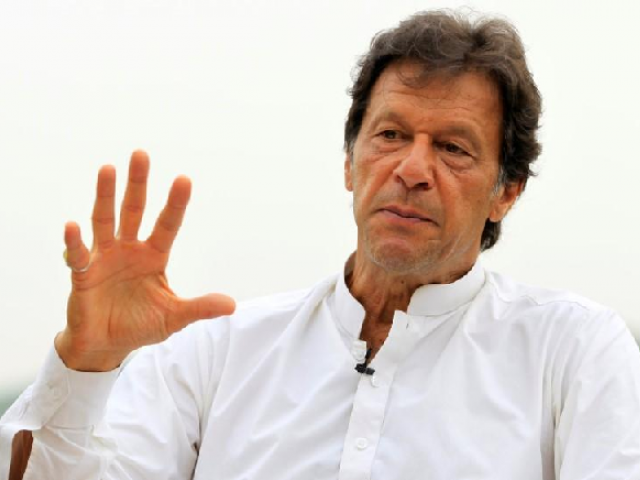 Pakistan Tehreek-e-Insaf (PTI) leader Jahangir Tareen on Sunday said that no one could even think of any minus-Prime Minister Imran Khan formula.

Talking to the media after meeting Pakistan Muslim League-Quaid (PML-Q) chief Chaudhry Shujaat and his brother and Punjab Assembly Speaker Chaudhry Pervaiz Elahi, he said that the Chaudhry brothers did not have any reservations.

Tareen said that Pakistan Tehreek-e-Insaf (PTI) exists due to Prime Minister Imran Khan. “Imran Khan is the prime minister and he will remain so. He will complete his tenure,” he said. “Some people are involved in conspiracies – their talk is nothing but conspiracies,” he added. He added that the present government was continuing its efforts to stabilise the national economy, which had been destroyed by previous rulers of Pakistan Muslim League-Nawaz (PML-N) and the Pakistan People’s Party (PPP) during the last 10 years.

The PTI leader said that parliament was a superior institution, which had full power to legislate. He claimed that the government would approve a law after developing a consensus with the opposition at an appropriate time.

He said he had contacted Akhtar Mengal and the BNP-M and the PTI decided to resolve all issues through dialogue. “I have also met Chaudhry brothers and they don’t any reservations with the federal government.” While replying to another question, Tareen said that the matter would be taken into consideration regarding former military ruler Pervez Musharraf at the time of pronouncement of a verdict from the court.

Tareen said that the PPP and the PML-N had ruined the country’s economy and the PTI government was trying to improve it. “We have harvested what the opposition had sowed,” he said.

To a question regarding PML-N leader Maryam Nawaz’s plea seeking permission to travel abroad, the PTI leader said that those who were facing cases wanted to go abroad, adding that Shehbaz Sharif was in London to take care of former prime minister Nawaz Sharif. Jahangir Tareen predicted that the time to minus PML-N Vice President Maryam Nawaz had arrived.

It is pertinent to mention here that Maryam Nawaz had moved a petition in the Lahore High Court (LHC) on December 7 seeking its directives for the government to strike her name off the no-fly list so she could travel abroad to take care of her ailing father Nawaz Sharif.

She, through her lawyer Amjad Pervez, filed the petition which states she wishes to travel abroad for six weeks. A division bench, headed by Justice Ali Baqir Najafi, will hear the petition today (Monday).

Jahangir Tareen also rejected reports that the prime minister had ordered the details of the £190 million settlement between Malik Riaz’s family and the United Kingdom government to be “sealed”. “There is no truth in this. What I know is that when a civil deal is reached in Britain, they require its contents to not be disclosed. These are not the prime minister’s instructions. It is a condition set by Britain.” On Tuesday, the UK’s National Crime Agency (NCA) issued a statement saying it has agreed to a settlement worth £190 million with the family of property tycoon Malik Riaz.

Addressing a public meeting in Nowshera, he said that Prime Minister Imran Khan-led government would complete its five-year constitutional term.

He said that ousted prime minister Nawaz Sharif and PPP Co-chairman Asif Ali Zardari were involved in mega money laundering and added that they put the country under heavy debt. The minister said that the government would not compromise on ongoing accountability process. He also said that the chief election commissioner and members of the Election Commission of Pakistan (ECP) would be appointed by Wednesday.

Khattak dispelled the impression that any PTI parliamentary member was upset with Prime Minister Imran Khan. “Having reservations with the government doesn’t mean it is about to be toppled,” he said.