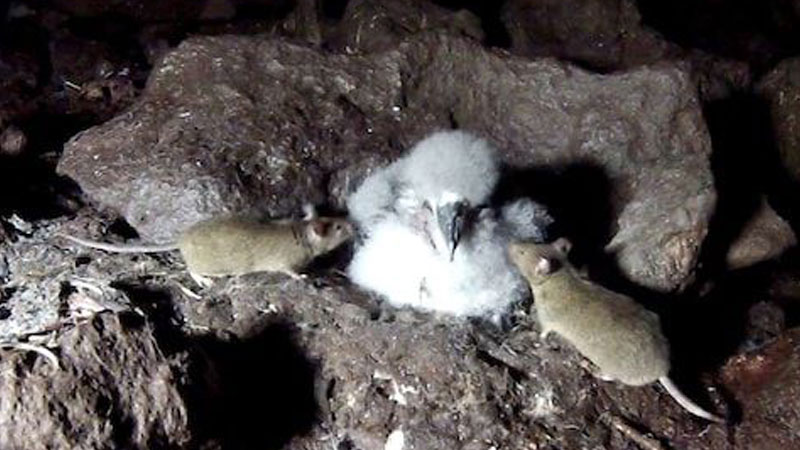 New video footage released by the RSPB from Gough Island in the South Atlantic shows a mouse targeting a Tristan albatross on its nest, the first time the behaviour has been documented.

It was already known that mice were attacking the more vulnerable chicks, but experts say the new problem could spell the end for the species.

Chris Jones, Senior Gough Field Assistant said: “We have known for more than a decade that the mice on Gough Island attack and kill seabird chicks.

“While this is already of great concern, attacks on adults, which can produce dozens of chicks in their lifetime, could be devastating for the populations’ chances of survival. survival of these long-lived seabirds.

“It’s a terrible development, and these gentle giants could now be lost even more rapidly than we first predicted.”

Gough Island, a UK World Heritage Site in the South Atlantic is considered one of the most important seabird colonies in the world, hosting more than ten million birds.

There are 24 species of bird that nest on the island, 22 of which are seabirds.

Mice were accidentally introduced by sailors to the remote island during the 19th century and now survive by eating the eggs and chicks of as many as 19 different species of bird.

The Tristan albatross is critically endangered with around 2,000 pairs remaining in the wild, 99 per cent of which live on Gough Island. The albatross population is particularly vulnerable because their chicks are left alone in winter.

Video cameras placed alongside nests show that gangs of mice, often in groups of up to nine, attack the birds and chicks and eat them alive.

Albatrosses mate for life, producing just one egg every other year and experts say the loss of adult birds will accelerate their extinction. courtesy the telegraph.