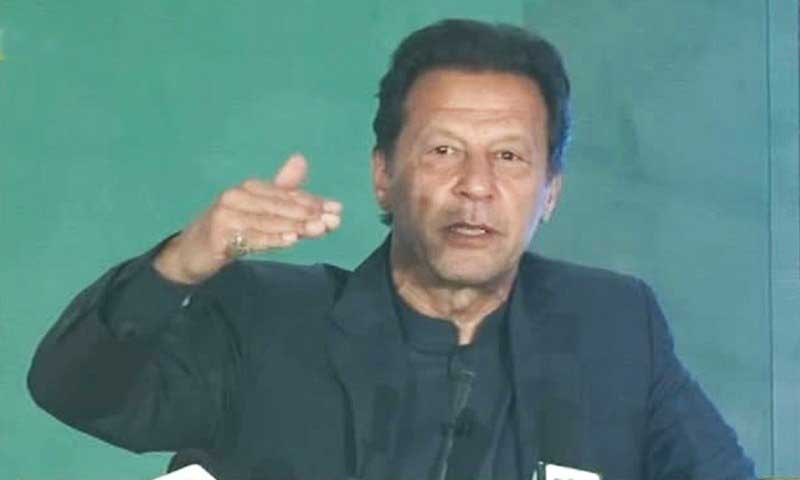 Prime Minister Imran Khan Thursday said that having achieved the economic stability, the government will now fully focus on the digitisation of the government functioning to curb corruption, introduce digital payments and ease out public difficulties besides bringing transparency.

Addressing the launching ceremony of Digital Pakistan initiative here, the prime minister said his government should have started the program far earlier but during the first year, all of its focus remained on stabilising the national economy that has been achieved finally.

The Digital Pakistan vision sets Pakistan’s digital ambition and has been designed for the government and the private sector to work towards a digitally progressive and inclusive Pakistan. It brings together multiple initiatives that the government has already kicked off, and identifies additional focus areas that the government would initiate in the coming months.

The prime minister said the digitisation is vital particularly for the youth for their future employment and the entrepreneurs to set up their businesses without any hassle. “It will in fact unleash the true potential of Pakistan’s youth population that can become strength for the country if they are given the opportunity,” he said. “Besides opening up the employment opportunities to the women of even far flung areas, the digitisation will also bring e-governance in the country to help eradicate corruption that has taken roots even to the lower levels in the society,” he said. Through digitisation, the people will be able to carry out many of daily life tasks through their mobile handsets which will bring ease in their lives besides saving them from long queues outside banks or other government offices, he added.

The prime minister told the gathering that e-governance had been introduced at Shaukat Khanum Hospital some 19 years ago which ended the pilferage bringing transparency and smoothness in the functioning. He said some institutions are resisting the government’s digitisation initiative but expressed his resolve that the government will accomplish the task without any delay. He said the government is also striving to promote e-commerce in the country by addressing the allied challenge of cybersecurity. The prime minister said after coming into power, the government was able to understand the challenges of governance and bringing about changes in its team, and referred to huge changes in Punjab government which he called the ‘bloodbath of reshuffle’. He said after a policy shift of joining foreign wars against dollars to a peacemaker, Pakistan has become internationally relevant, and expressed the resolve that the country will play its role in bringing unity among the Muslim world.

The prime minister spoke high of Tania Aidrus and Raza Baqir who took difficult decisions of leaving their lucrative jobs at internationals institutions like Google and IMF just to serve their own country.

He assured them that their decisions will prove to be a turning point in their lives because challenging and difficult decisions, particularly those for a greater cause, take the people to new heights. Contrarily, he said, those seeking easy solutions, can never accept challenges or risks because their decisions are always self-centric.

The prime minister said consequent to the efforts by his economic team, the economy has been stabilised. He said the rupee had been under pressure because the previous government had maintained it artificially. However, now the foreign agencies like World Bank, IMF and Moody’s have also acknowledged the stability of Pakistan’s economy, he added.

Separately, Prime Minister Imran stressed on the need for an effective coordination among all the departments at the federal and provincial levels to fully capitalize on the tourist potential of country.

Chairing a meeting regarding promotion of tourism, the prime minister recalled that international investors from different parts of the world have expressed keen interest for investment in the development of tourism sector of Pakistan. He noted that Switzerland, Turkey and Malaysia have been earning huge revenue from the tourism industry.