Today, being in the modern era, we Pakistanis face a deluge of questions from across the world regarding our personal, economic, ideological and human rights issues. We mostly rebuff these queries by confidently replying, “I am proud to be a Pakistani.” While our conviction and patriotism is highly appreciated, at the same time, it is the state narrative that must be praised for being exceedingly successful and all-pervasive. 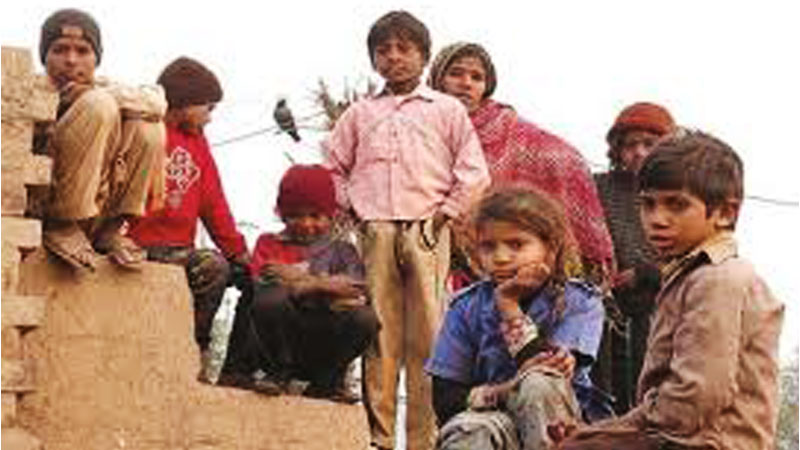 At the time when even countries like Saudi Arabia and Israel find themselves in the dock over the allegations of racial, gender or religious discrimination, and sometimes even apartheid, Pakistan never finds herself being blamed for such things, at least formally or on a regular basis. It is a great success, notwithstanding a motley combination of races, cultures, sub-cultures, Muslim and non-Muslim minorities (arguably, not treated at par with the followers of the majority religion) and gender and economic discrimination. The Pakistani state, to its credit, has saved herself from being titled as a racial or an apartheid state.

In spite of having been ruled by some of the most corrupt people, it is a historic victory of the state narrative that all of us feel proud to be Pakistanis. It is not just a verbal expression; the world always finds us ready to sacrifice our lives, the lives of our near and dear ones, and our property at any moment of challenge for our country-whether it is a war or a natural calamity like floods or earthquakes.

The region of the modern day Pakistan was formed in the most populous, easternmost and richest satrapy of the Persian Achaemenid Empire that ruled for almost two centuries. The first major conflict erupted when Alexander overthrew the Achaemenid Empire. As Greek and Persian armies withdrew westwards, the Maurya Empire ruled this region from 321 to 185 BCE. The Shunga Empire ruled the region from 185 to 73 BCE. A wave of foreign invasions followed. The Greco-Bactrian king formed the Indo-Greek kingdom; that disappeared around 10 AD following the invasion of Indo-Scythians. Their empire morphed into the Kushan Empire that ruled until 565 AD.

Then came the era of Muslim conquests about which we read in our textbooks. From a Syrian Muslim chieftain Muhammad Bin Qasim to Mahmud of Ghazni to Muhammad Ghori (killed during a Gakhar raid on his camp on the Jhelum River in 1211), whose successors established the first Indo-Islamic dynasty, the Delhi Sultanate. Several Turko-Afghan dynasties ruled from Delhi: Mamluk, Khilji, Tughlaq, Sayyid and Lodhi. Although some kingdoms remained independent of Delhi, the sultans eventually lost Afghanistan and western Pakistan (our present land) to the Mongols.

From the 16th to the 19th century, the formidable Mughal Empire covered much of India. Nadir Shah and Ahmad Shah Abdali invaded that region. The Sikh Empire (1799-1849) was formed by Ranjit Singh, who proclaimed himself ‘Sarkar-i-Wala’ and was referred to as the ‘Maharaja of Lahore’. The British Raj was from 1858 to 1947; it was the period when India was part of the British Empire. During the first and the second World Wars firs, Indian soldiers fought for the British Empire. Many of the early leaders of the Indian military had fought in both world wars. The division of the British India Army occurred on June 30,1947.

The division council was chaired by Rear Admiral Lord Mountbatten of Burma, Viceroy of India, and was composed of the leaders of the Muslim League and the Indian National Congress. They had agreed that the Indian National Army of 11,800 officers and 500,000 enlisted personnel was to be divided to the ratio of 64 percent for India and 36 percent for Pakistan. The Pakistani armed forces initially numbered around 150,000 men, many scattered around bases in India and in need to be transferred to Pakistan by train. The independence created large-scale communal violence.

In spite of having been ruled by some of the most corrupt people, it is a historic victory of the state narrative that all of us feel proud to be Pakistanis

Around seven million Muslims migrated to Pakistan, and five million Sikhs and Hindus to India, with over a million people dying in the process. Of the estimated requirement of 4,000 officers for Pakistani armed forces, only 2,300 were actually available. The neutral British officers were asked to fill the gap, and nearly 500 volunteered, along with many Polish and Hungarian officers to run the medical corps. General Sir Frank Messervy was appointed the first army commander-in-chief; General Sir Gracey, who served until January 1951, succeeded him.

The military holds a significant place in the history of Pakistan. Before this country was founded, the armed forces of different regions and dynasties ruled the region for almost two thousand years. After the creation of Pakistan, the Pakistani armed forces have played and continue to play a significant role in the Pakistani establishment and shaping of the country. Although Pakistan was founded as a democracy after its independence from the British Raj, the military has remained one of the country’s most powerful institutions.

Now let’s revisit the tone and the wording of the Supreme Court’s decision that gave the government six months for legislation for the tenure extension of Chief of Army Staff (COAS) General Qamar Bajwa. In its short order the Supreme Court remarked: “The extension/reappointment of General Qamar Javed Bajwa, Chief of Army Staff (COAS) has been challenged before us. In the proceedings before us during the last three days, the Federal Government has moved from one position to another referring to it as reappointment, limiting of retirement or extension of tenure, and also interchangeably placed reliance on article 243 (4) (b) of the Constitution of the Islamic Republic of Pakistan1973 and Regulation 255 of the Army Regulations (rules), 1998. However, finally today the Federal Government through the learned Attorney General for Pakistan has presented this court with a recent summary approved by the President on the advice of the Prime Minister along with notification dated 28.11.2019, which shows that General Qamar Javed Bajwa has been appointed COAS under article 243(4) of the Constitution with the effect from 28.11.2019.”

The Court added: “We have examined Article 243(4) of the Constitution, Pakistan Army Act, 1952, Pakistan Army Act Rules, 1954, and Army Regulations (Rules), 1998, and in spite of the assistance rendered by the learned Attorney General, we could not find any provision relating to the tenure of COAS or of a General, and whether a COAS can be reappointed or his tenure can be extended or his retirement can be limited or suspended under the constitution or law. The learned Attorney General has taken pains that these answers are based on practice being followed in the Pakistan Army but the said practice has not been codified under the law.”

The cynics will never be satisfied with these words but it is something new, maybe a civilian and a judicial subversion though in an embryonic phase. Is it subversion against the two thousand years of servitude? And last but not least, was it possible without the tacit approval of the armed forces themselves?