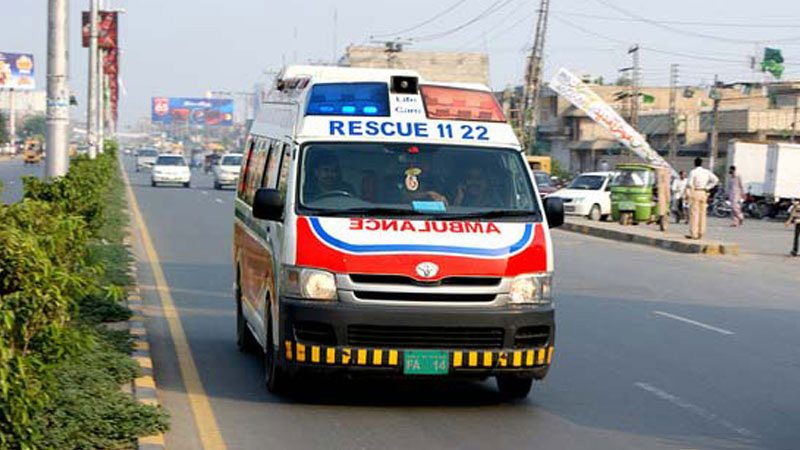 Volunteers have been provided a platform to work with government organisation through Punjab Emergency Service Rescue 1122 for an effective disaster preparedness, response and prevention. This forum also helps the volunteers to bridge up the gap between community and government organisations. The Community Safety Programme by Rescue Service was started to establish Community Emergency Response Teams (CERTs) under the provision of the Punjab Emergency Service Act, 2006, in order to assist the Service in safety promotion & management of emergencies. Under the programme volunteers have been registered, trained to establish CERTs in all Union Councils of Punjab and then engaged them with Rescue Service to further train community members to have first aider at every home.

Rescue Service has established over 5000 CERTs in all Union Councils of Punjab and raised awareness among One Million First Aider. The CERTs consisting of 12 members Rescue Scout Team in every Union Councils have been trained on internationally certified course Community Action for Disaster Response (CADRE) by Rescue trainers, after that these volunteers worked for their areas/ UCs under the umbrella of Rescue Service and then participated in Inter Union Councils Competition. The best CERTs at district level were selected from Inter Union Council Competition to further participate in National CERTs/ Volunteers Challenge- 2019. The National Challenge is actually Community Action for Disaster Response (CADRE) skills competition for Volunteers and it is a unique activity started from 2017. The commencement of Volunteers Challenge at National Centre of Excellence, Emergency Services Academy boosts up the moral of participating teams as this Academy is the place, where professional rescuers get trainings, served humanity and got United Nations Classification in the field of Search and Rescue.

The vision behind to establishment of CERTs was to establish sustainable, healthy, safe and resilient communities and to contribute Sustainable Development Goals through volunteer participation in the field of green plantation drive, emergency preparedness and response, prevention of emergencies, promoting healthy and safe living, fire and building safety, road traffic accidents prevention, clean water and sanitation salutations, cleaning and recycling campaigns. To materialise this concept, the role of Safety Wing, Managers Training Center ESA, Community Safety Wing, all District Emergency Officers (DEOs) and Rescue Safety Officers are worth appreciating. This collective effort resulted to have volunteers’ teams for National Challenge.

3rdNational Challenge for Volunteers from 2ndto 4thDecember, 2019 is being organised at Emergency Services Academy (ESA) to assess, analyse, rate and encourage the best CERTs & Rescue Scout/Volunteers based on imparted emergency response skills at district level. Total 39 volunteer teams comprising of 8-10 members from all over Pakistan is participating in three day challenge, where senior officers of Rescue Headquarters & Emergency Services Academy will evaluate Community Action for Disaster Response (CADRE) skills of all participating teams under supervision of Exercise Controller Muhammad Ahsan. The participating teams of districts will be given different scenarios, which include Management of Mass Causality Incident (MCI), Light Search and Rescue, Basic Life Support and First Aid, Response to Fire and Water Emergencies etc.

Since the inception of the Emergency Service in 2004, Emergency Services Academy trained 18000 rescuers across Pakistan. As result, Rescue 1122 rescued over 7.6 million victims in different emergencies. Furthermore, Pakistan Rescue Team (PRT) of Emergency Services Academy of Rescue 1122 is the first United Nations INSARAG classified team in South Asia. The highest level recognition was received after several years of hard work dedication. Likewise, volunteers from across Pakistan were invited at Academy to exhibit their disaster response skills. It is matter of great honor that Rescue Service raised awareness among 1million volunteers for saving lives and promoting safety and also established Community Emergency Response Teams (CERTs) in all Union Councils of Punjab. The collective efforts of Academy and field offices of Rescue 1122gave a real recognition and place to work for betterment of their communities.

Three days challenge is planned for motivation of the volunteers and acknowledgement of volunteer work. It is pertinent to mention that all organisations including VSO Pakistan, Pakistan Red Crescent, Girl Guide Boy Scouts, Al Kidmat Foundation are doing great job but there is need to establish Volunteers Service Federation like Beijing Volunteer Service Federation (BVF), China to link up volunteers belongs to different organisations and provide an umbrella of Government organisation to all volunteers so that power of humanity could be utilised in true letter and spirit for establishment of Safer Pakistan.