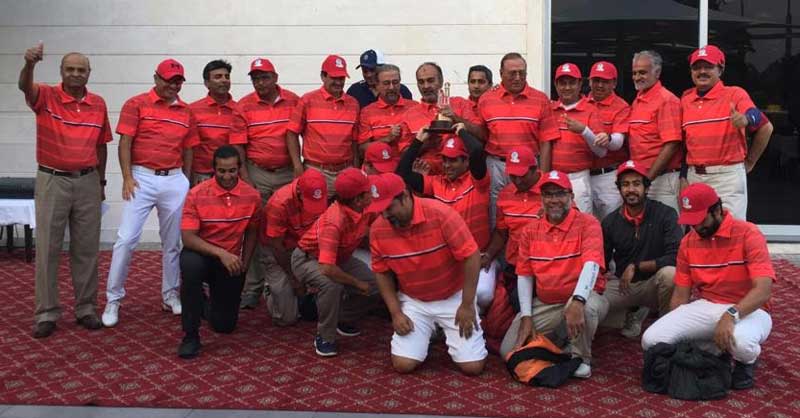 Royal Palm Club won the 2019 Inter Club Golf Tournament after running down the champions from Lahore Gymkhana and Defence Raya here Sunday. The 20-member Royal Palm team, comprising of ten players in handicap category zero to nine and ten in handicap category 10 to 16, through impeccable application of golfing skills and ample nerve control ended the championship in glory, taking home the much sought after Lahore Cup glittering trophy introduced by Lt Gen (r) M Tariq six years back. This team championship was held over three days: first day at Lahore Gymkhana Golf Course contested on three-ball six-some alternate shot format, followed by the second round at Royal Palm Golf Course on stable ford format and the final one at Defence Raya Golf Course on singles match play format. Based on the aggregate scores of the first two days competitions held on Friday and Saturday, Royal Palm had accumulated 49 points while Lahore Gymkhana had 40.5 points and Defence Raya lagged behind at 30.5 points.

The final 18 holes competition yesterday at Defence Raya Golf Course was crucial and at stake in the singles match play contest was a total of 60 points which meant that the ultimate victorious one could have been either of the three teams. Although Royal Palm enjoyed an advantage as they ended up as leaders after the first round and again after the second round.

Early on Sunday, the championship commenced after a lot of handshakes and though many smiles were exchanged, the battle oriented atmosphere was expectancy and tension loaded. Captains of the three teams Omer Zia (Gymkhana), Dr Dildar Chaudhary (Defence Raya) and Abdullah Sharif (Royal Palm ) took time to strategise and brief their mates.

The game progressed with accurate hitting and crisp shot making. And all through the 18 holes, noticeable was the intensity as each participant attempted to outwit his adversary through superb application of golfing skills.

However, as the championship moved towards a close the leaders at the start of the day, Royal Palm retained their grip and command and gathered the required points to emerge as the champions in this Inter Club Tournament. Their overall total aggregate score was 75.5 points and the runner-up team Lahore Gymkhana compiled 55.5 points while Defence Raya finished the event at 49 points.