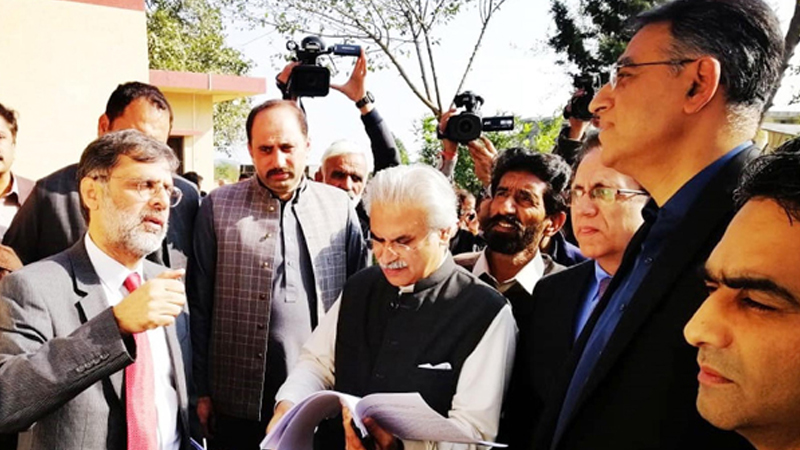 Addressing the inaugural ceremony, Dr Zafar Mirza said the ministry is striving hard to improve the health facilities for the masses at all public sector hospitals functioning under the federal government. He said that special attention was being paid to improving patient care in two major hospitals of Islamabad that are catering to bulk of patients not only from the capital but from other parts of the country.

He said that the government was well-aware of the challenges and problems in the health sector, adding, it had a clear plan and vision to tackle these mounting problems. He said that the government would increase the funds and human resource for improvement of patient care. He directed the center staff that no effort should be spared in providing best possible treatment to the patients. He added there would be zero tolerance for negligence in this regard.

He said that Prime Minister Imran Khan was paying special attention for bringing revolutionary changes in health sector, adding, keeping in view the vision of PM, no stone would be left unturned to ensure provision of best health care facilitates in the country. A sufficient number of medical and para medical staff had been deputed at the centre to serve patients, he added.

He said doctors would be available round the clock in the centre. Mirza said top quality patient-care facilities would be provided at the centre. He said that the Islamabad was being transformed into a model health city which would set an example for the provinces and regions across the country to emulate.

He said that 16 Basic Health Units in Islamabad were being upgraded along with three Rural Health Centres. This will be a model of complete transformation of patient-care and services, which is a manifestation of our resolve to improve the health and wellbeing of people.

Minister for Planning and Development Asad Umar said that the government had clear vision to change the life of common man by initiating several mega development projects for them.

He said that the health was the top most priority of the government and more funds would be allocated for improving the standard of health care services being given to people. He added under the leadership of Prime Minister Imran Khan, the ministry of health was fully committed and there was high resolve to bring revolutionary changes in health sector.