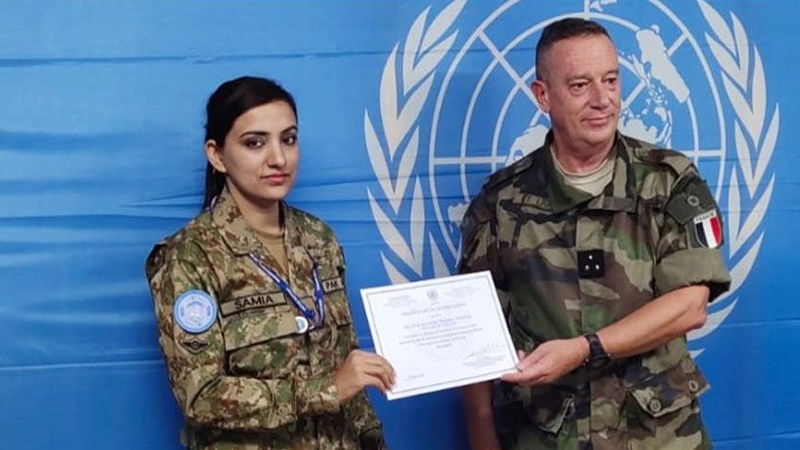 Women in the Pakistan Army have been breaking barriers, and Major Samia Rehman is the latest warrior from Pakistan who has been awarded for her exceptional achievements in the line of duty.

Earlier this week, Major Samia was selected for the UN Special Representative of the Secretary-General (SRSG) certificate of the year. She is the first female officer of the Pakistan Army to get the honour.

In March this year, a Pakistani peacekeeper was honoured with UN medal posthumously. Pakistan’s Permanent Representative to the United Nations Ambassador Maleeha Lodhi accepted the award on behalf of the family of Naik Muhammad Naeem Raza.

The solider had embraced martyrdom while serving with the UN Organisation Stabilisation Mission in the Democratic Republic of Congo (MONUSCO). Speaking to reporters, Lodhi said she was “humbled and honoured” to receive the award on behalf of Shaheed Raza.

“Pakistani peacekeepers continue to serve UN peacekeeping missions with distinction and fly the flag of Pakistan high,” she said. “Their sacrifices are a testimony to Pakistan’s commitment to upholding international peace and security.”