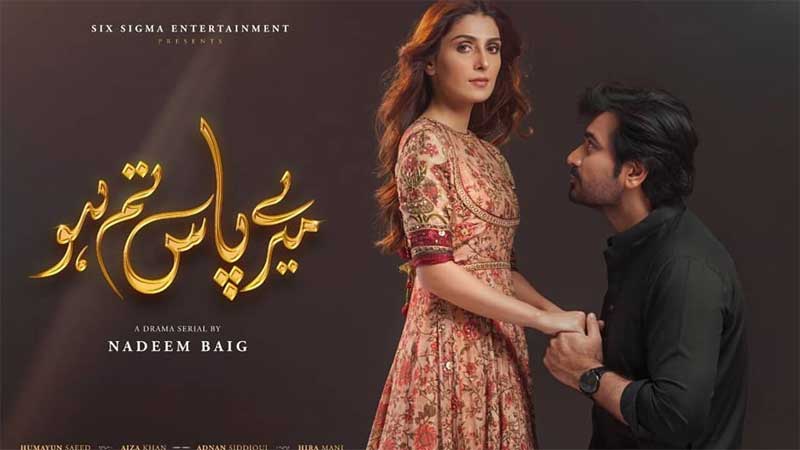 It would not be wrong if the drama ‘Mere Paas Tum Ho’ is considered the biggest hit of the Pakistani drama industry this decade.

Not only are people of all ages and genders watching this play with similar tastes and passions, but there are some controversies due to its popularity.

Those who have played an important role in the popularity of the play as people say, who are notorious but will not be named.

CONTROVERSIAL DIALOGUE “DOU TAKAY KI AURAT” — in the play whose story revolves around a woman who wants to live with another man, leaving her husband and child in the grip of money, it is said of “Do Takay”. This dialogue divided the whole nation into two parts. One constituency agreed with the view that the status of a greedy woman is not more than “Do Takay”. While some feminists also say that it is not okay for a woman to be humiliated and that the drama is showing men’s natural thinking.

KHALILUR REHMAN QAMAR’S INTERVIEW REGARDING GENDER EQUALITY — in an interview about the play, Khalil-ur-Rehman Qamar stated his view of women and said that if women are convinced of equality with men, then they too should be abused by men. His thinking angered feminist educators and they made a public declaration war on Khalil-ur-Rehman Qamar on social media, which also increased the reputation of the play.

DIALOGUES AND PEOPLE’S REACTION TO THEM — Due to the fame of the play, everyone is watching and expressing their opinions, from acting actors to costumes to dialogue. Even many celebrities became part of the debate. As the famous actress Samina Pirzada also expressed her opinion about the “Do Takay Ki Aurat” in the play.”The two men fixed the price of Mehwish for each other and then said “Do Takay” That is, a woman has not her own opinion. Likewise, the famous female author Farhat Ishtiaq also commented on the play that if a woman is unfaithful, then she has DO Takay Ki or The unfaithful woman is called by the “Bay Haya” title. If a man is unfaithful, he is said to have gone astray, black magic has become over him Or bears for the sake of the children, etc.

BOLD SCENES — Pakistani plays are family plays that are seen in every household. This one in particular contains bold scenes that raise certain questions, like being in a hotel room with a stranger or Mehwish living with Shahwar without marriage. The story of the play and its scenes are controversial.

DANISH FAILS TO ACT ALL MACHO — in the play, Danish is shown as a man who tolerates his wife’s infidelity and lets her go. But when the question comes to his son, he hits Shahwar in his office and threatens him. Even so, people say that if he had this intention for his wife, it would have been better. Now wait for the end of this highest-rated drama then we know what the writer of the play wants to give a lesson to this society in which man vs women race is on its full hype.