The Belt and Road Initiative

A determined effort to intensify regional cooperation and reform trans-continental scale in terms of connectivity is the Belt and Road Initiative (BRI). As we know that the liberty of all the initiatives is still taking shape, therefore BRI insists originally to the Silk Road Economic Belt, and unites Central as well as South Asia to China and then moves further to Europe’s New Maritime Silk Road. It also ties China with the different countries in South East Asia, as well as with the Gulf States and expanding from North Africa to Europe.

Belt Road Initiative is certainly a bold project to accompany Asia with Africa and Europe through alight and oceanic netting with six other corridors; with the gist of refining regional incorporation, a local avocation that is traded in the region and stimulate saving adulthood. The name was given by the Xi Jinping in 2013 who is the president of China and also the one, who took it from the conception that was recognized during the Han Dynasty.

The BRI has also been selected in the exceeding as ‘One Belt One Road’. The BRI holds a Silk Road Economic Belt too. The report is anticipated to include over one trillion US dollars in investments, mainly in infrastructure amplification for roads, railways and airports. The BRI’s limits are exceeding geographically day by day. The belt and road initiative describes five main primacies that include policy coordination, infrastructure connectivity, financial integration, unrestricted trade and connecting people through this mean.

The drawback of BRI is that richer countries are taking advantage of it because this is a high standard project and this project is highly sensitive in creating a standard environment of economic strength. It can create an effect upon the relationship between China and other countries, influencing governments throughout the globe. Under its umbrella, several projects have been launched like CPEC that are opportunities for underdeveloped countries and at the same time risk of environment degradation for several nations across the globe.

Every Mega Infrastructure project has a direct link with the economic progress of the state. Just like that, the Belt and Road initiative by China can be considered as an economy booster for several nations throughout the globe. It is considered as an economy building initiative through roads. Its best outcome is the high rate of employment for jobless of Central and South Asian countries. No doubt its implications are similar to CPEC like more employment rates but its role in building cooperative means of trade and investment within the region is more advance.

Moreover, when we talk about improving connectivity, then we all have an idea that it takes about a month for China’s imports to be transported across the South China Sea to Central Europe, and most of the goods are shipped by sea and less by country roads. No doubt rail freight can actually reduce transit time by half, but it is considered to be much more expensive. There is also a compromise between saving time and money. In addition to this, it is foreseeable that any day of delay in moving an item from the factory door to the consumer reduces the exchange rate by one percent.

The significance of the project could not be denied because it is strengthening the trading system of this region. In a nutshell, BRI economies are merged with the whole world and the participation of BRI countries in world exports has increased significantly over the last two decades, but some of the countries, particularly China, are responsible for a significant share of these exports. Other countries such as Afghanistan, Nepal, and Tajikistan are among the countries that have the weakest trade because of poor infrastructure and weak policies. If this issue can be solved then BRI can easily address these problems and help international trade, especially for countries that have been integrated into the global economy.

The writer is a student of National Defence University, Islamabad 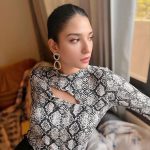 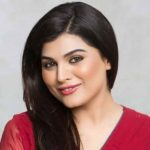 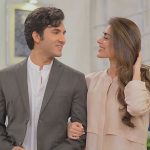