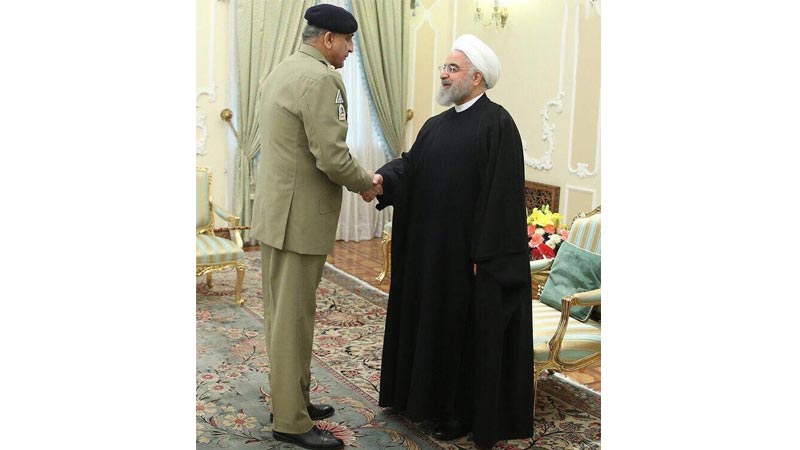 Chief of Army Staff (COAS) General Qamar Javed Bajwa who is in Iran on an official visit, held a meeting with Rouhani. According to the military’s media wing, they discussed regional security environment and matters of mutual interest. President Rouhani also lauded successes of Pakistan Army against terrorism.

A day earlier, General Bajwa held talks with Chief of Staff of Iranian Armed Forces Major General Mohammed Hossein Baqeri. Both the leaders discussed regional security situation as well as border security. The official Iranian news agency IRNA reported that the two military commanders discussed expansion of defense cooperation between Iran and Pakistan. They also reviewed the avenues regarding strengthening bilateral relations in the military as well as security affairs.

The army chief is in Tehran as part of Pakistan’s continuing efforts aimed at defusing tensions between Iran and Saudi Arabia. There has been a flurry of high-level exchanges between the two countries in recent months, with focus on brokering some kind of a deal between Tehran and Riyadh. Last month, Prime Minister Imran Khan along with ISI chief Lt Gen Faiz Hameed visited Tehran as part of efforts by Pakistan to facilitate talks between Tehran and Riyadh.