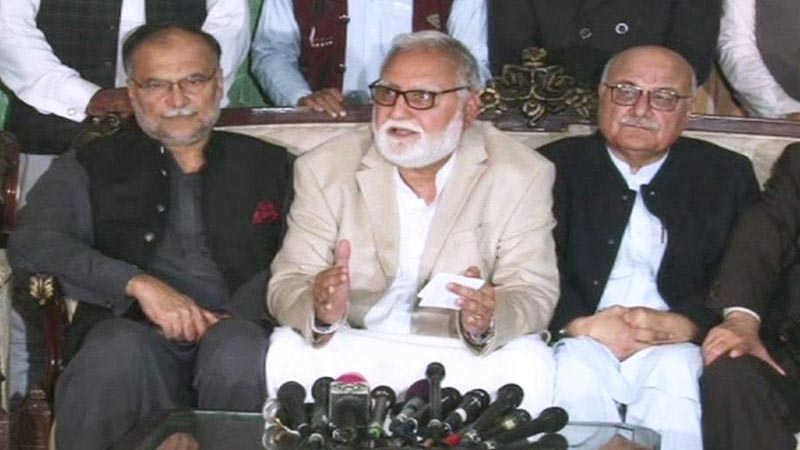 The announcement was made by Rahbar Committee Convener Akram Durrani after a meeting of the committee. “The committee has decided to open highways across country,” he said.

Durrani said the opposition committee has also decided to call an All-Parties Conference (APC). “Maulana Fazlur Rehman will hold talks with the leaders of other opposition parties to decide the date of the conference,” he said.

Speaking to participants of a sit-in in Bannu, Fazl said time for the sitting government is running out. “The roots of this government have been cut. They have only a number of days left,” he warned.

Fazl said Prime Minister Imran is trying to become the Gorbachev of Pakistan, and alleged that he gave his sister Aleema Khan an NRO. “Imran Khan has given his sister an NRO,” he said. “Give us a similar sewing machine which can earn you Rs 70 billion in one year,” he added.

The JUI-F chief was responding to the prime minister’s taunts and tirade from the previous day where he had labelled Fazl’s anti-government dharna as a ‘circus’.

The JUI-F chief strongly criticised the Pakistan Tehreek-i-Insaf (PTI) government and said the rulers are either incapable or they are working under an agenda of destroying the country through crippling its economy.

Talking about the party’s Azadi March, which had culminated in Islamabad, he said the JUI-F didn’t go to the capital without any purpose, neither did it return without any purpose. He alleged that the PTI took funds from abroad. The founding members of the party had lodged a case in this regard against the leadership but for the last five years, the case has been pending, he said, adding that the PTI submitted around 60 pleas against hearing of the case. “You are the one who took money from Israel and India,” he accused the prime minister, while referring to the foreign funding case. “I challenge you, in my personnel capacity, to come and compare my character with yours, and the characters of our forefathers,” he said, adding that the entire PTI is corrupt.

The JUI-F chief also defended the participation of seminary students in the protest drive, saying that they have the right to cast their vote and to question theft of their votes.

Meanwhile, Sindh Minister for Information Saeed Ghani had said that JUI-F sit-in under its ‘Plan B’ was creating trouble for the masses. “JUI-F has not taken PPP on board regarding its Plan B or C,” Ghani said in a statement. He had hoped that Maulana would reconsider his ‘Plan B’.