Narnia — the world of CS Lewis

* The Chronicles of Narnia, however, was not the earliest books he wrote during his career 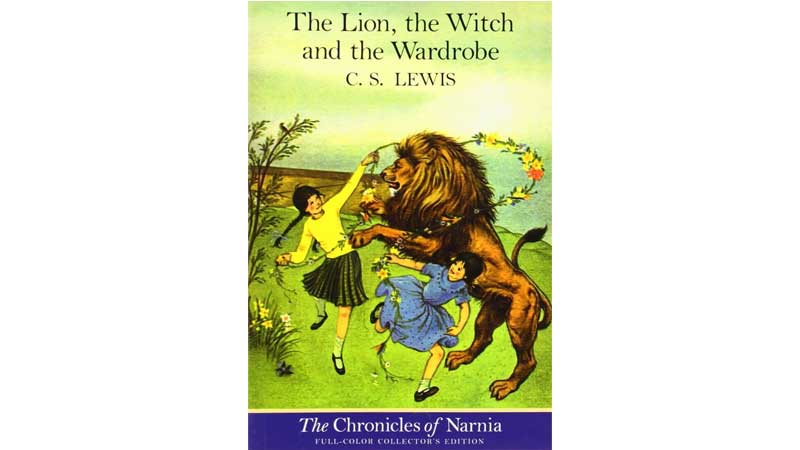 “Once there were four children whose names were Peter, Susan, Edmund and Lucy.” This is how Clive Staples Lewis, commonly known as CS Lewis begins his famed novel The Lion, the Witch & the Wardrobe.

It was first published on October 16, 1950. Even after 56-years of his death, Lewis still reaches out to the children of the world with his Chronicles of Narnia – a tale about friendship, facing fears and overcoming challenges. The story also shows Aslan, a major character of his novel, displaying feats of leadership, courage and of sacrifice. It is a talking lion that guides the four children during their journey in Narnia. Lewis, through his imagination, creates a world of fairies, witches, kings, queens, dwarfs and talking animals. It is not just a fable but a world that sends the readers into introspection.

The Chronicles of Narnia, however, was not the earliest books he wrote during his career. Lewis’ first book was The Pilgrim’s Regress (1933). It was an allegorical fiction that followed the life of a fictional character, John. The character follows many philosophical paths where he must ignore his desire and create a link between reality and illusion. Lewis treaded into the world of non-fiction with The Allegory of Love (1936). Before publishing The Chronicles of Narnia, Lewis had published 14 non-fiction and six fiction books. When speaking of fiction, he authored a space trilogy including three novels: Out of the Silent Planet (1938), Perelandra (1943) and That Hideous Strength (1945). Out of the Silent Planet, set on Mars, shows the life of Elwin Ransom, who travels to the Red Planet only to discover that Earth is exiled from the Solar System. Perelandra is set on Venus, where Ransom faces the first humanoids. In That Hideous Strength, Lewis focuses the story set on Earth where a think tank, N.I.C.E or The National Institute of Co-ordinated Experiments aims to destroy the planet. Authoring these science fiction novels during the 1940s must have required ingenious creativity from Lewis. This shows his prowess over writing fiction.

Lewis’ writing dexterity was also evident in the books he wrote before The Chronicles of Narnia. However, his dialogue delivery and storytelling surfaced only when readers read his books from this series. Illustrated by Pauline Baynes, an English illustrator and published in London, The Chronicles of Narnia has left a deep impact on the imagination of readers.

The storytelling is smooth and does not create clutter or confusion when remembering the many characters Lewis uses. While the protagonists are Peter, Susan, Edmund and Lucy along with Aslan, the story has other characters too. These include among others Ahoshta, a 60-year-old Tarkaan of Calormen; Lord Argoz, one of the Seven Great Lords of Narnia, Mr. Beaver, builder of the dam near Beaversdam, he is the first Narnian to meet all four Pevensie children. Caspian the Conqueror (Caspian I); First Telmarine King of Narnia; Dar, Lord of Archenland; The Emperor-Over-the-Sea, a mysterious and powerful authority over Narnia; Frank I, First King of Narnia; Glenstorm: Centaur, prophet and stargazer; Helen I: First queen of Narnia; Jewel: Unicorn, best friend of King Tirian; and Mrs. Macready, Housekeeper to Professor Digory Kirke.

Lewis’ writing dexterity was also evident in the books he wrote before The Chronicles of Narnia. However, his dialogue delivery and storytelling surfaced only when readers read his books from this series. Illustrated by Pauline Baynes, an English illustrator and published in London, The Chronicles of Narnia has left a deep impact on the imagination of readers

The children, during the German bombing campaign against the UK (1940-1941), were sent off to live in the English countryside with Digory Kirke, an old professor. In his house, Lucy accidentally finds an old wardrobe. Trying to explore its contents, she enters the wardrobe only to find that she could not touch its rear end. She keeps walking until she feels tree branches with her hands and soil beneath her feet. She enters into a mysterious land. There she meets Mr. Tumnus, a strange-looking animal but with physical features resembling a human. Lucy returns and exits the wardrobe into the professor’s home. She narrates her journey to her siblings who jokingly rebuff her. However, upon much compulsion, her siblings decide to enter the wardrobe. The children’s’ life change when the White Witch, the ruler of Narnia, finds Edmund. According to the Witch’s decree, no human must be present in Narnia. Any human found in the land must be sent to her. The children meet Aslan, who guides them about Narnia and how to save Edmund from the Witch.

The seven books that comprise the Chronicles of Narnia include The Lion, the Witch and the Wardrobe, Prince Caspian, The Voyage of the Dawn Treader, Silver Chair, The Horse and His Boy, The Magician’s Nephew and The Last Battle. While the first three books have been adapted as full-length films, their book versions remain to be a classic among children and teens.