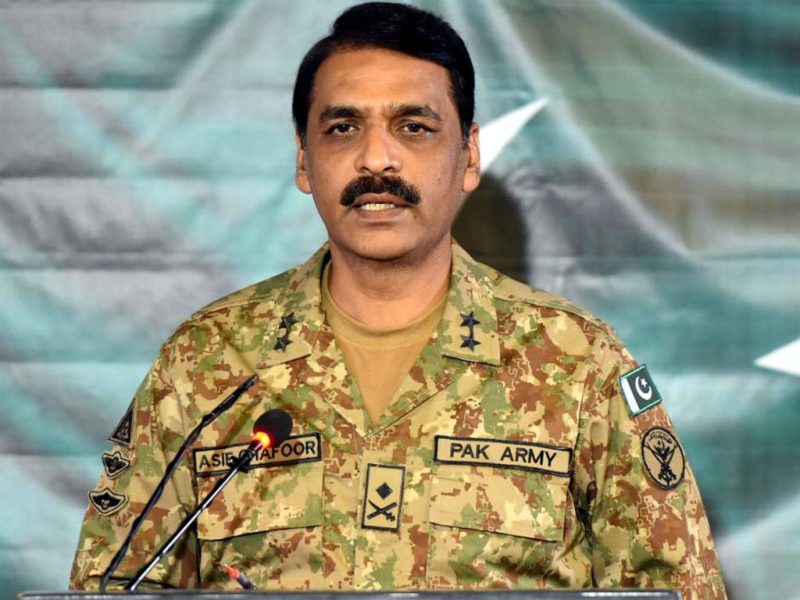 Inter-Services Public Relations (ISPR) Director General Major General Asif Ghafoor has reiterated that the Pakistan Army and the government are on the same page on all issues of national interest.

Speaking to a TV channel, the ISPR chief said it is the army’s constitutional responsibility to support the democratic government. “Army is supporting a democratically elected government as per constitution and there will be no let-up in this as it is a must for the progress and prosperity of Pakistan,” he said.

Dispelling talks about differences between the government and the military as rumours, the DG ISPR said Prime Minister Imran Khan and Chief of Army Staff General Qamar Javed Bajwa are on the same page. “PM and COAS are in regular contact with each other. Meetings take place as and when required and at times not every meeting is covered in media,” he said. “There have been meetings and telephone calls between the two in period between the last two meetings covered in media,” he said, rejecting the speculation in this regard ‘baseless gossips’. “There is absolutely nothing of the sort,” he maintained.

Earlier on November 1, responding to Jamiat Ulema-e-Islam-Fazl (JUI-F) chief Maulana Fazlur Rehman’s speech during Azadi March, Major General Ghafoor had said that the army remained impartial in such circumstances and was not loyal to any political party but to the state of Pakistan.