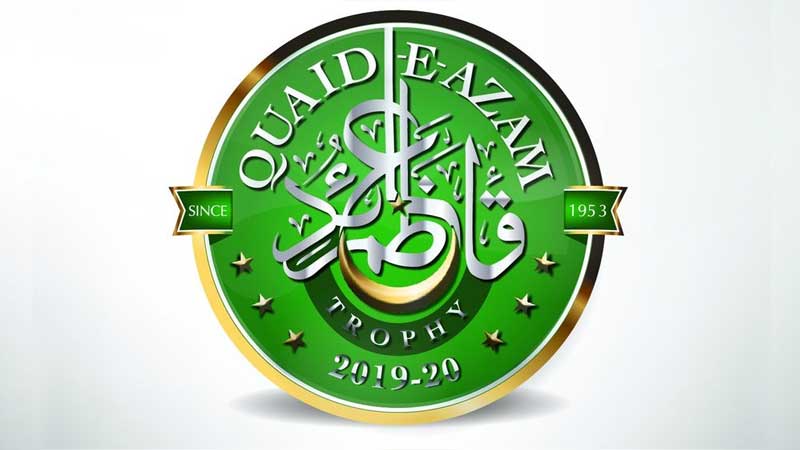 LAHORE: As the Quaid-e-Azam Trophy enters its last three rounds, the competition to secure berths in the final of the country’s premier first-class tournament keeps on getting intense. The eighth round, which begins on Monday, 18 November, promises to generate more excitement in what has been a riveting tournament so far. Northern return to Rawalpindi to host second-ranked Southern Punjab, who are 11 points ahead of them, at the KRL Stadium. The two teams played out a draw the last time they came face-to-face in the tournament. But, with the competition getting fierce with every round, both sides, this time, will enter the competition with guns blazing. With 15 points on offer for the winning side, a victory for Northern (placed fourth with 71 points) will see them leapfrog the opposition.

Northern turned heads with a surprise maiden win against Sindh, at Karachi’s National Stadium, which has established them as strong contenders to be one of the two finalists. For the most part of the season, Northern, the only side to have lost two matches in the tournament before the beginning of the seventh round, languished at the bottom of the points table and were almost out of the tournament. But, traveling to the metropolis brought a much-needed change in their fortunes. An incredible double-century by FaizanRiaz helped his side post an imposing 408 all-out from 14 for three after which Northern captain Nauman Ali, the highest wicket-taker in the tournament with 36 wickets, spun a web with five for 58 and four for 51 in his side’s 145 runs victory over the hosts.

Southern Punjab will pin hopes on Sami Aslam, the leading run-getter of the tournament with 833 runs at an average of 138.83. The left-handed opener cracked a century in his side’s last round fixture against Khyber Pakhtunkhwa at Abbottabad Cricket Stadium and has four scores of 100 and above – which include an unbeaten 243 – in the tournament, to date.

Sindh, now at the bottom with 58 points, must have gone back to the drawing board and chalked out strategies as they take on table-toppers Central Punjab, who are 50 points ahead, in a contest which will be live-streamed at the PCB’s YouTube Channel. The Quaid-e-Azam Trophy experienced arguably the most-ferocious battle when the two sides met in Faisalabad in the fifth-round. Sindh edged out in securing a draw in a high-intensity competition, marked by gutsy performances in all facets from both sides. Sarfaraz Ahmed, the Sindh captain, will bank on FawadAlam, the only batsman from his side to score two centuries this season, and pacers like Tabish Khan, leading wicket-taker for Sindh with 17 wickets, Mir Hamza and Sohail Khan. Early call-offs due to bad light on all four days in their last match against Balochistan at Gaddafi Stadium, Lahore, meant Central Punjab were in the field for only 217.2 overs. Their batsmen and bowlers, however, made put some notable performances.

Forty-year-old pacer AizazCheema, upgraded to the first XI side after impressing in the non first-class Quaid-e-Azam Trophy tournament, returned a five-fer and UsmanSalahuddin and Umar Akmal cracked 94 and 78. Regardless of the two teams standing on the extreme ends of the points table, fans will witness an exciting competition with tensions expected to be high when the rivals meet at the National Stadium.

Karachi will be host to another first-class Quaid-e-Azam Trophy fixture between Khyber Pakhtunkhwa and Balochistan. This match was shifted out of Abbottabad due to unexpected weather conditions, which hampered the matches from going full distance. Balochistan’s Imran Butt has been in sublime form of-late. The 23-year-old racked up his second century of the tournament at the Gaddafi Stadium and is the third-highest run-getter this season with 673 runs at an average of 67.30. He has also cracked three half-centuries. His teammate Mohammad Asghar, left-arm spinner, sits at the fifth place in the list of the highest wicket-takers with 19 wickets – which include a five-fer – and accounted for the prized scalps of Ahmed Shehzad and Kamran Akmal in the last round. Balochistan, however, will be wary of Khyber Pakhtunkwa, placed third on the points table. They might not have secured a win this season, but they remain the only side to have not lost a match either.

Their in-form batting lineup – spearheaded by Ashfaq Ahmed, the second best amongst the run-getters this tournament with 675 runs including four centuries – has accumulated the most batting points (26) from all six teams, to date. The onus of delivering with the ball will be on their pace unit which boasts Pakistan internationals Junaid Khan and UsmanShinwari. The pace-attack has been bolstered by the introduction of 31-year-old right-arm medium-fast Ahmed Jamal, who returned a first innings six for 93 against Southern Punjab in Abbottabad in the last round.