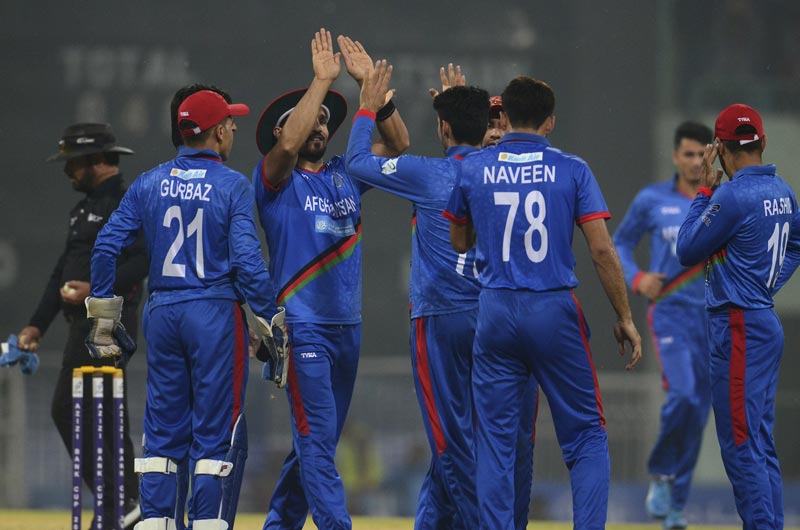 LUCKNOW: KarimJanat came in from the cold to take a starring role Saturday as Afghanistan beat West Indies by 41 runs to level their three-match Twenty20 series. The 21-year-old was only a substitute in the first clash in Lucknow that West Indies easily won. But he took five wickets as West Indies were restricted to 106-8 in the chase for Afghanistan’s 147-7 in the second game.Janat’s 26 from 18 balls, including five fours, was also the joint-highest score for Afghanistan along with opener HazratullahZazai. “I was the 12th man for the last game and that was the best way for me to see what the line should be. I had a plan in mind and I kept to it,” said Janat, whose change of pace and skillful choice of length claimed valuable scalps including Evin Lewis and ShimronHetmyer.”On this wicket, change of pace is a good weapon to have.” Afghanistan had looked on course for a bigger total but Kesrick Williams took two wickets in two balls to claim openers Zazai and RahmanullahGurbaz after they put on 42.Some of Afghanistan’s mid-order wickets went cheaply and with dew making bowling difficult, West Indies captain Kieron Pollard must have thought his side’s unbeaten record in the tour so far was safe.But medium pace bowler Janat was well-supported by the other Afghan bowlers and the West Indies batsmen looked sluggish as they chased a run-rate that quickly got out of control.”At the halfway stage, we were happy with 147,” said Pollard. “Their batsmen came hard at us, but we came back well, especially Kesrick. We cannot fault the bowlers.”We didn’t get a good start in the powerplay, and we lost wickets every time we were trying to be aggressive.”We just have 24 hours to wrong the rights, and hopefully we can come back and do those things right tomorrow.”The final game is also in Lucknow, where Afghanistan play their home games, on Sunday. West Indies beat Afghanistan 3-0 in the one-day series before the T20s.