* Notes from Underground is divided into two parts: part 1 is a polemic against the idea of 'rational self-interest,'
advocated by Nikolay Chernyshevsky 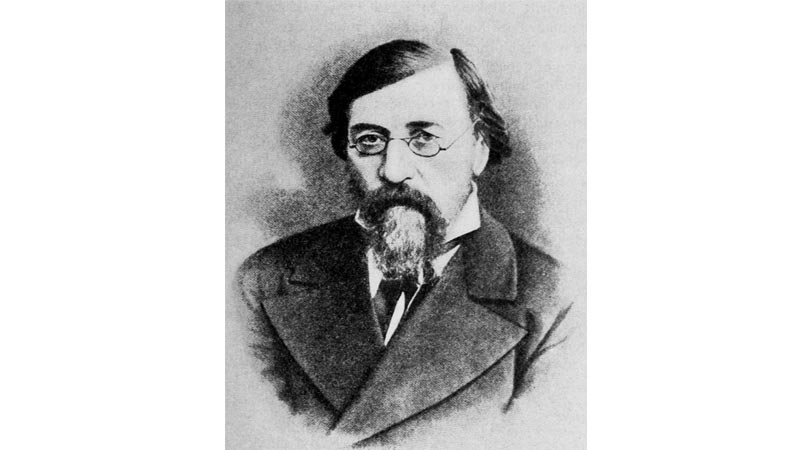 “I am a sick man, I am a spiteful man. An unattractive man. I think that my liver hurts. But actually I don’t know damn thing about my illness. I am not even sure what it is that hurts” the irascible voice of an unnamed narrator cries out. The nameless narrator is none other than the anti-hero of Fyodor Dostoevsky’s Notes from Underground.

This novella was suggested to us by our professor in final year of University. But somehow I was unable to read it at that time because a slender kid, always faltering and quivering in composure while speaking, of our batch deprived me by slandering it as “boring novella”. Referring him as kid because he remains immature till date. And with his remarks, I was bereaved by one of the most searingly honest and universal testaments to human despair ever penned.

He was a great kid. Yes he is alive. It’s just my way of speaking in the remnants of past, because he existed, so, ‘he was’. But why am I writing like an Underground Man? I don’t know. But I assure you of one thing that I, myself, am Underground Man, in fact everyone is but they are afraid to witness the truth and they have masqueraded themselves with deception. What if I am lying about that kid? What if he never existed? Yes, he never existed. But what if, again, I am lying? “Above all, do not lie to yourself. A man who lies to himself and listens to his own lie comes to a point where he does not discern any truth wither in himself or anywhere around him, and thus fall into disrespect towards himself and other” (from The Brothers Karamzov by Dostoevsky).

Notes from Underground is divided into two parts: part 1 is a polemic against the idea of “rational self-interest,” advocated by the radical novelist and critic Nikolay Chernyshevsky, who believes the science and reason were capable of solving all man’s problem. In his essay “The Anthropological Principle in Philosophy”, he wrote, “Self-interest lies only in good deeds; and only he is rational who is good, and precisely to the extent that he is good.” The first part of novella is especially attack on the philosophy of Nikolay Chernyshevsky’s “What is to be done”. The Underground man ridicules the type of enlightened self interest and despises the concept of cultural and legislative systems relying on rational egoism.

Second part is called “Apropos of the Wet Snow” that appears to be destroying and sometimes reviving the underground man, which leads to his consciousness and obsession. Second part depicts three elements: the proof of the existence of oneself, gathering with schoolmates who hated the underground man, and bookish oration of anger on prostitute.

Earlier I stated that I, myself, am underground man. And Yes I am. I had also lived or breathed barely for 4 years in underground place which was open ground for every other Utopian student but for me a despicable place: my four worst years of university in which I never existed. Underground man thrived for his existence with Officer at bar, who didn’t notice him. He struggles to bump into him but his craving ends in vain. The Officer treated him like a fly. Same situation was inflicted on me by my peers in university but they bumped into me only when I was wanted.

Second part is called ‘Apropos of the Wet Snow’ that appears to be destroying and sometimes reviving the underground man, which leads to his consciousness and obsession. Second part depicts three elements: the proof of the existence of oneself, gathering with schoolmates who hated the underground man, and bookish oration of anger on prostitute

Additionally, I had friends like Zverkov, Simonov, Ferfichkin and Trudolyubov, always at top in cajoling star: a despicable view. “My schoolmates received me with spiteful and pitiless jibes because I want like any of them… They failed to understand essential things and took no interest in important weighty subjects, so that I couldn’t help considering them beneath me. I hated them, although, perhaps, I was even worse than they were.” 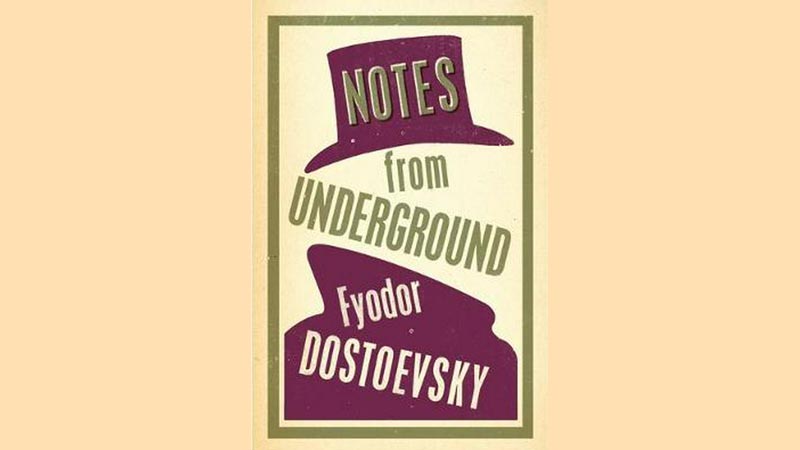 And then there is one of the most hearts wrenching scene ever depicted in human history: conversation between Liza, a prostitute, and Underground Man. After bragging with his fellows and deciding to avenge his humiliation by slapping Zverkov, Underground man follows them to brothel but when he arrives, he can’t find Zverkov there. So he slept with Liza and encourages her to leave brothel, describing the ‘pure bliss’ of married life and telling her that all her health, beauty, youth, and hope will fade away one day and no one will remember her or precisely sleep with her. Then he gives her his address. But when she arrived at her house his manner of voice was unmitigatedly distinct from the other day, he went on “So you want some more pathetic talk. Well I’ll have you know, I’ll have you know I was laughing at you then.” His oratory was actually the revenge of his insult earlier by his schoolmates on Liza. ” I had to vent my feelings on somebody, to get my own back, and you turned up, so I took anger out on you and played a joke on you. I was humiliated, so I had to humiliate someone else; I was treated like a piece of trash, so I had to show my power on someone else and you thought I’d come just to save you, didn’t you?”

An Underground man has attracted many labels. Some see it as a case history of neurosis, work of high comedy or embodiment of modern tragedy. Contrary Underground man seeks truth; its authenticity above goodness or happiness and what it means to be human and pursues the answer into dangerous and nauseating regions. He craves isolation, envies average man, rejects laws of nature, he suffers and proclaims his pleasure in that. I just remember the quote from Kodachrome (2017) in which the character Ben says “Let me tell you something. Happiness is bullshit. It’s the great myth. You think Picasso was happy? Hemingway? Hendrix? They were miserable shits. No art worth a damn was ever created out of happiness. I can tell you that. Ambition, narcissism, rage. Those are the engines that drive every great artist, every great man.”

In his novella, Dostoevsky provides glimpses of his childhood and schooling the sort of evident that goes into the usual case of history – orphan hood, poverty, isolation, existentialism, nihilism, emotional deprivation, psychological observation, metaphysical problems and social dimension operating chiefly as paradox of reality. Usually all of his works fits under these rubric dealings with “the insulted and inured.” The Underground man’s perverse insistence on whim and spite in personal freedom is directly psychological observation of Dostoevsky in prison.

Author of Crime and Punishment creates inner world of experience which refracts outer world. In his last novel The Brother Karamzov he uses literature to create literature. He invests the humble detail with explosive psychological significance: how an Underground man later suffers for his trousers with yellow spots. Most of his characters are vulnerable to themselves, they become possessed to the point where idea determines and deforms the consciousness.

Notes from underground is abrasive, unlovely, brilliant, insinuating, eye catching, charismatic, it command our attention as contemporary, posing problems as absorbing and elusive and endless.

“Nothing in this world is harder than speaking the truth, nothing easier than flattery” (Crime and Punishment)