Lightening kills 17 in Thar as rains lash parts of Sindh 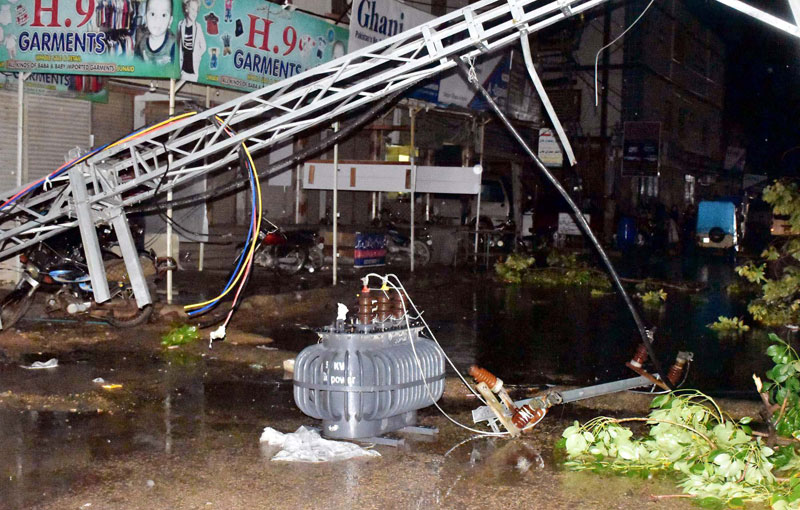 KARACHI: Lightening strikes killed seventeen people including, women and children in several areas of Thar and Sanghar district as rains lashed parts of Sindh on Thursday.

According to police and hospital sources, several injured, 17, was killed in village Arjak near Diplo town after being struck by lightening.

Dozens of livestock were killed in related incidents in Chhachhro and other areas of Thar.

Meanwhile, continuous rain played havoc with the infrastructure in almost all towns of Badin district. Several low-lying areas, localities and villages in the district are completely inundated. Similarly, several rain drains are overflowing in Tando Bago sub-district while an embankment in Pangrio town has developed a 20-foot breach. Continuous rains have also badly distributed the power supply and telecommunication systems in various areas of the district.

Mumtaz Nohrio, a resident of Mithi city, said that electricity was suspended to cities with many people believed that it was too dangerous to use mobile phones during the heavy rains.