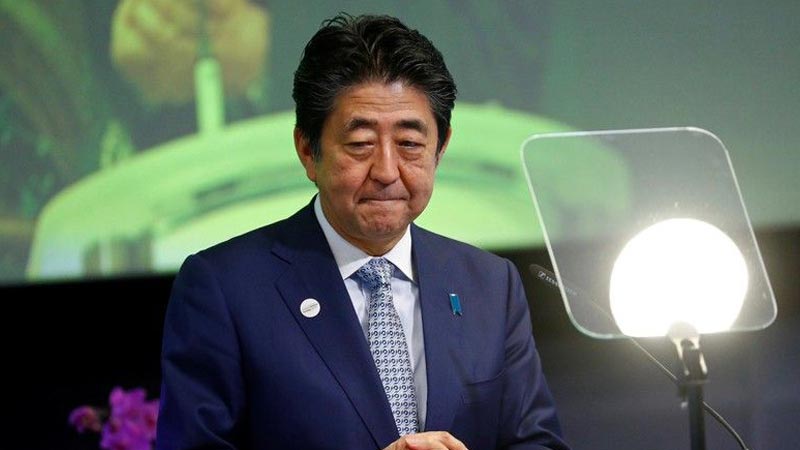 Prime Minister Shinzo Abe surged back to power seven years ago, pledging to bolster Japan’s defences in response to a growing threat from China and aiming to amend the pacifist constitution.

That means Japan, which US President Donald Trump has criticised over what he called an “unfair” security alliance, still faces limits on acting as a full-fledged American ally.

Trump has even suggested changing the two-way security pact that underpins the alliance, at a time when China is flexing its military muscle in the region and North Korea is pursuing nuclear and missile programmes.

During Abe’s watch, Japan has boosted defence spending by 10% after years of decline, expanding the military’s ability to project power abroad. In a historic shift in 2014, his government reinterpreted the constitution to allow Japanese troops to fight overseas for the first time since World War Two.

But the conservative leader’s inability to cement his legacy by revising the charter’s pacifist Article 9 symbolises persistent public wariness about putting troops in harm’s way far from home and a fear of entanglement in US-led wars.

“For the Japanese people, Article 9 is a kind of Bible,” Hajime Funada, a ruling Liberal Democratic Party lawmaker and former head of a panel on revising the charter, told Reuters.

Japan’s US-drafted constitution is seen by conservatives as a humiliating symbol of defeat but by others as a brake on entanglement in foreign conflicts.

For both sides, a revision would be hugely symbolic.

According to a survey by NHK TV this week, voters gave the highest marks to Abe’s security and diplomacy policies. But an Asahi newspaper survey earlier this year showed 64% opposed revising Article 9 while 28% favoured amendment.

Any constitutional amendment requires approval by two-thirds of both houses of parliament and a majority in a national referendum.

Abe’s term as LDP leader ends in September 2021 and unless party rules are revised, that would spell the end of his tenure.

A year after the cabinet reinterpreted the constitution, parliament enacted laws that ended a ban on exercising the right of collective self-defence, or defending a friendly country under attack, if Japan’s survival is threatened.

Such steps have further pushed the limits of Article 9, which, if taken literally, bans the maintenance of a standing military but has been stretched by previous administrations to allow armed forces for self-defence.

“There is not much left of the post-war constraints,” said Richard Samuels, director of the Center for International Studies at the Massachusetts Institute of Technology. “It was under his (Abe’s) administration where the fastest progress was achieved to get more distance from Article 9.”