No rule for ‘big boss’ in IIUI 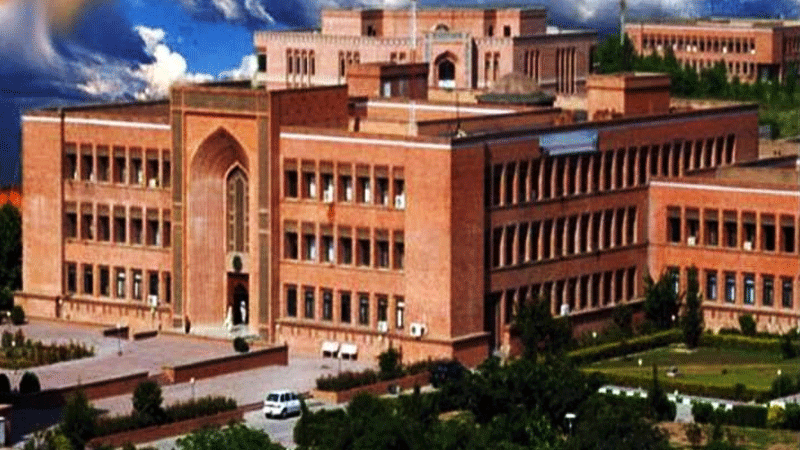 There is no rule for big boss at the International Islamic University Islamabad (IIUI) as vice president (VP) of the varsity has saved a semester of his daughter, which was ceased due to obtaining low marks in the semester.

According to the documents available with Daily Times, the VP Prof Dr Tahir Kahlaily’s daughter was enrolled in the program of MS-Bio-Technology in fall 2016 semester. In her first two semesters (Fall-2016 and Spring-2017), she studied seven subjects in total and was failed in three subjects. She failed in the subject ‘Advance Bio-technology’ (course code BT512) which she carried in the first semester.

Similarly, she studied three subjects and failed in two out of them that included as ‘Advances in Microbiology’ and ‘Gene Manipulation’ in second semester (Spring-2017)

A senior official wished not to be named disclosed that after appearing the result, the officials in the examination wing informed to the top administration regarding VP’s daughter semester cease. In response, they were asked to seek a way out and help her sailing from this trouble and saved her semester.

Documents said that the student filed an application with the chairperson department of Bio-technology Dr Asma Gul in June 2017 in which she informed the chairperson that she didn’t attend classes of two subjects (Advances in Microbiology and Gene Manipulation) as she was went in Saudi Arabia to perform Umrah so both subjects should be dropped to sustain her CGPA.

However, documents explained that the application filed for two subjects was later on tempered and only one subject ‘Animal Biotechnology’ was mentioned on it by the student.

Sources said that though initially in application of the student, it was requested to drop the subjects of Advances in Microbiology and Gene Manipulation and later it was tempered with ‘Animal Biotechnology’, but in-fact subject of Advance Bio-Technology was skipped without mentioning in application.

“The CGPA of the student with three subjects fail is 1.85, while if the Advance Bio-Technology subject of first semester is dropped the CGPA becomes 2.16 which helped her sustaining the semester,” officials questioned.

Interestingly, the subject of ‘Advance Bio-Technology’ is removed from first semester in the detailed mark sheet of four semesters; however, the subject is present in the separate mark sheet issued for initial two semesters.

Officials said that it was pretended that the students studied six subjects in first two semesters not seven and CGPA from six subjects becomes 2.16 while from seven it is 1.85 on which semester is ceased.

Officials said that the tempering was done in application mentioning the name of subject ‘Animal Biotechnology’ only to give cover to the wrongdoing otherwise the student studied this subject in last semester and never failed.

Chairperson department of Bio-Technology and VP Prof Dr Tahir Kahlaily did not respond to repeated attempts by Daily Times.

When contacted, Rector Dr Masoom Yasinzai initially expressed ignorance over the happening. Later he claimed that he had inquired the matter from the relevant department, which had replied there was no irregularity and illegality in the said case.

It is pertinent to mention here that a similar unusual happening was also occurred in the varsity few months ago when an alleged illegal BS degree had been awarded to IIUI president.