The historic inauguration of Kartarpur Corridor has opened today (November 9), three days before the 550th birth anniversary Baba Guru Nanak to be celebrated on Nov. 12 – the first visa-free corridor between Pakistan and India since their independence in 1947. 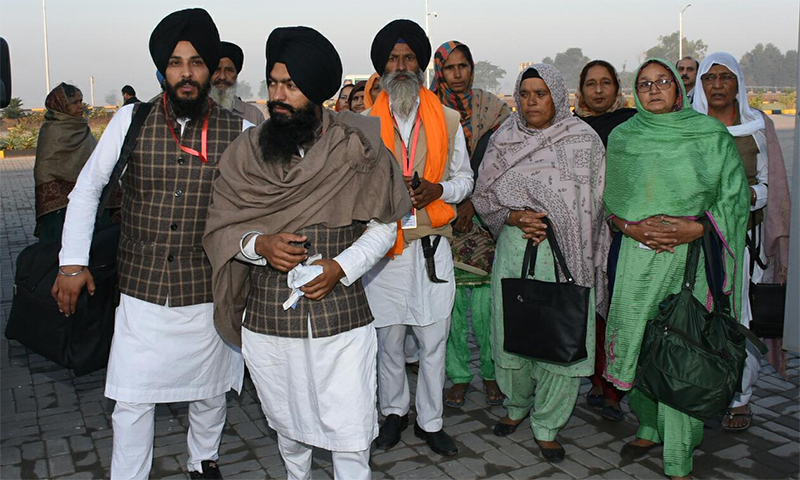 Under the same sky but from a land divided by several meter high razor-wired double fence, Indian Sikhs for the past 70 years have been viewing from afar 4.5 kilometers Gurdwara Kartarpur Sahib, that lies in Pakistan.

Hundreds of Sikhs everyday make a beeline near the international border in Indian Punjab’s Gurdaspur district to catch a distant glimpse of one of their holiest shrines situated in Pakistan’s Narowal district.

However, now their wait is over. For some it will be a life long cherished dream, about to materialise, as they set foot in their holiest site.

The first batch of 10,000 pilgrims is set to perform their rituals within the compound of the Gurdwara after seven decades on the 550th birth anniversary of Baba Guru Nanak.

Prime Minister Imran Khan, who envisioned a year ago the construction of Kartarpur Corridor between Pakistan and India to facilitate the Sikh community, will inaugurate the much-anticipated overland passage linking the Dera Baba Nana shrine in northwest India’s Gurdaspur with the Gurdwara Darbar Sahib in Kartarpur, Pakistan.

Prime Minister Imran Khan, in a message shared on social media, reiterated that Sikhs from all countries will travel to the world‘s largest Gurdwara. “This Gurdwara will strengthen local economy […] many jobs will also be created in travelling, religious tourism and hospitality sectors,” he stated. “Buddhists have also been coming to visit different religious spots in Pakistan.”